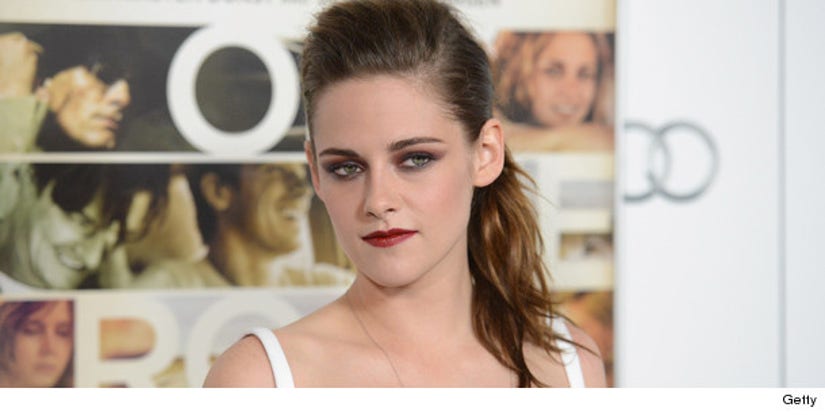 The "Twilight" star, who came under public scrutiny for cheating on her boyfriend Robert Pattinson with her "Snow White and the Huntsman" director Rupert Sanders this summer, faced a large amount of public backlash.

The scandal caused the actress to issue a pleading apology to Pattinson via the press and significantly lowered Stewart's stock with the devoted "Twilight" fan base who'd come to be just as invested in the real-life romance of the film's stars as they were the characters they'd played.

But, in a new interview with Newsweek, the actress, who's been heavily promoting her indie flick "On the Road" as of late, says she doesn't care about public opinion.

“It's not a terrible thing if you're either loved or hated. But honestly, I don't care 'cause it doesn't keep me from doing my s**t," she tells the magazine. Though she did have some words of contrition for those upset by the scandal. "And I apologize to everyone for making them so angry. It was not my intention."

Stewart also gets quite candid about her new post-"Twilight" world.

“The only relief when it comes to "Twilight" is that the story is done. I start every project to finish the motherf--ker, and to extend that [mentality] over a five-year period adapting all of these treasured moments over four books, it was constantly worrying. But as long as people's perspective of me doesn't keep me from doing what I want to do, it doesn't matter.”

There is another part of her public persona that she takes issue with though.

“It's a little annoying having to be so compartmentalized,” Stewart says. “I go from box to box to box. Like right now, this is so crazy 'cause we're out at a restaurant. But I'm going out a lot more now. I was starting to get closed off and self-conscious, and I'm trudging forth into the world more often.”