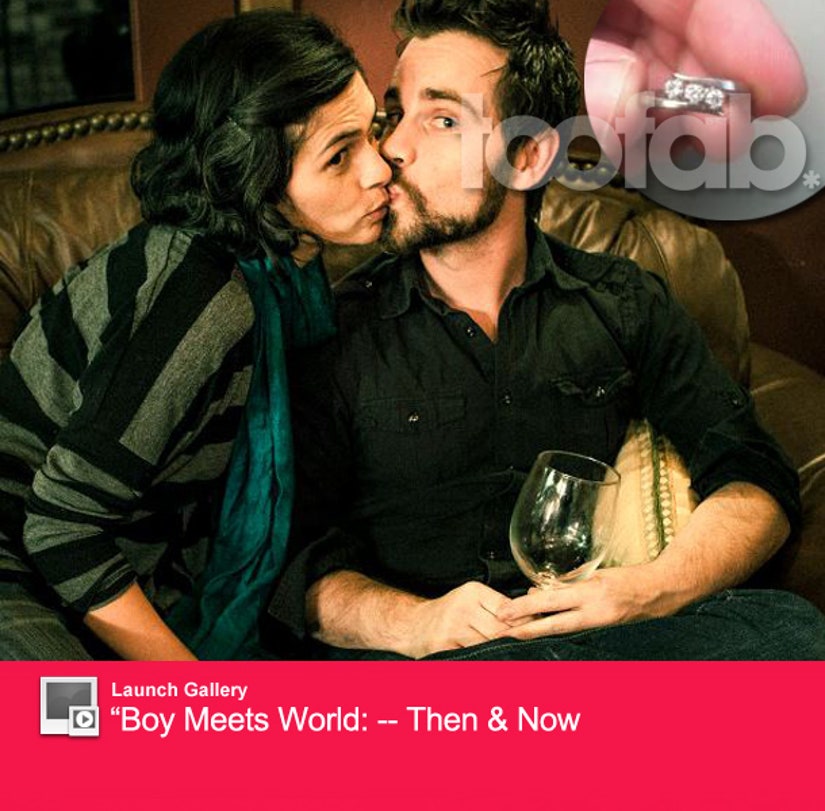 One of the hottest teen heartthrobs of the 90's is off the market: "Boy Meets World" star Rider Strong is engaged!

toofab has confirmed that Strong, who played Shawn Hunter on the beloved sitcom, popped the question on Wednesday to girlfriend Alexandra Barreto.

The 33-year-old actor proposed with an engagement ring he made himself consisting of three diamonds and a gold band.

The two met on the short-lived show "Pepper Dennis" and worked together on a Barack Obama presidential campaign video.

And be sure to check in with the rest of the "Boy Meets World" in the gallery above!