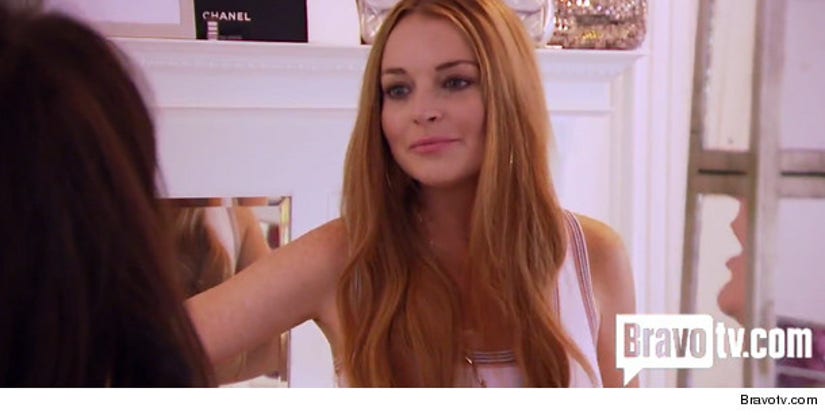 Lindsay Lohan has had plenty of ups and downs in 2012 -- she starred in Lifetime's "Liz & Dick," had a few run-ins with the police, and some very public family drama.

Somehow between her hectic schedule, she's managed to makeover her Hollywood Hills home!

Lindsay enlisted the help of Kathryn Ireland from Bravo's "Million Dollar Decorators" to help her refurnish her lavish abode.

In this sneak peek from the episode we get a glimpse inside Lindsay's cluttered life ... er ... house.

Earlier this month, TMZ reported that Lilo was having problems footing the rent for her $8,000/month Los Angeles home. Charlie Sheen lent financial support to the troubled actress by cutting her $100,000 check to help cover her outstanding tax debt.

Judging from the pile of designer handbags sitting in the 26-year-old's room, we can see where all of Lindsay's money has gone (just one Prada bag runs $2,000 and up!).

In the clip, Ireland loves Lindsay's home calling it "Gone with the Wind" but smaller, and both agree to keep a French cottage theme throughout the house.

"I want this to look like a very feminine room," she says to Kathryn about her bedroom.

"Very Princess-y, like Plaza Athenee," she adds (referring to the upscale five-star hotel).