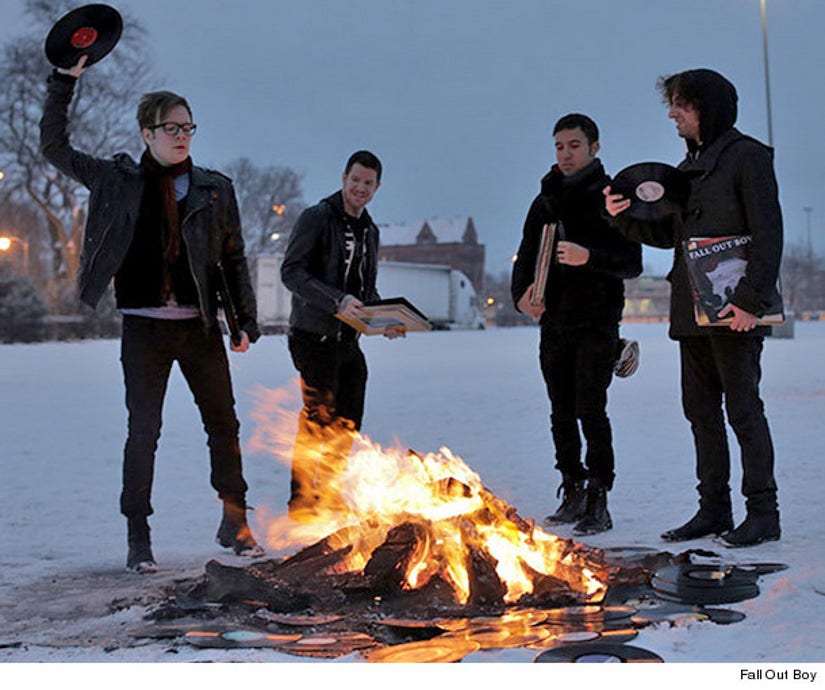 Remember Fall Out Boy? You know, that band from the early 2000s that sang "Sugar, We're Goin Down" and introduced us to Pete Wentz? Well, they're back!

After a four year hiatus, Patrick Stump, Joe Trohman, Andy Hurley and Wentz have reunited with a new album and tour, and have already released their first single (including a video).

The boys made the announcement on their website on Monday, posting the message:

"when we were kids the only thing that got us through most days was music. its why we started fall out boy in the first place. this isn't a reunion because we never broke up. we needed to plug back in and make some music that matters to us.

the future of fall out boy starts now.

The title of the first single is "My Songs Know What You Did in the Dark (Light Em Up)," from their upcoming fifth studio album, Save Rock and Roll, which drops May 7th. The guys hit the road on May 14th.

Watch the video from the first single and check out the lyrics to the song below. Are you excited that Fall Out Boy is back? Let us know!