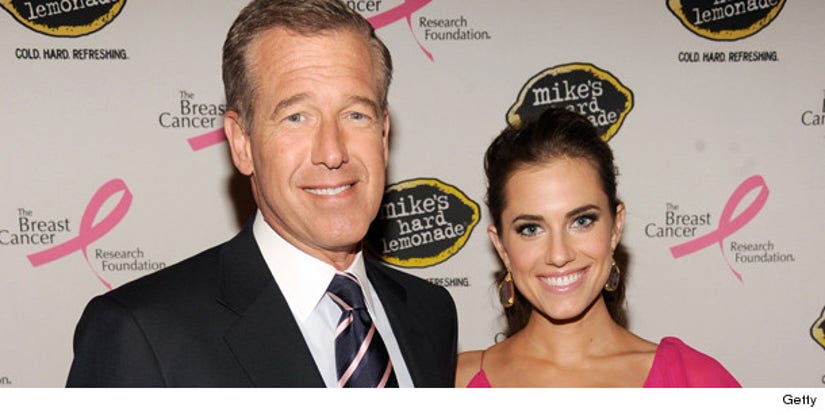 I think it's cute that Allison Williams watches the new episodes of "Girls" with her father. But how does the no-nonsense NBC anchorman react when his daughter's sex scenes come up?!

Allison appeared on "Anderson Live" to talk about the awkwardness that arises, and which family member she's most worried about:

Yikes! We haven't heard of parents so invested in their kids' sex scenes since Kris Jenner (allegedly, of course).

The brunette beauty also cleared up rumors she stood up fellow actor Kevin Bacon when he visited her dressing room.

Allison has parlayed her "Girls" success into endorsements, it was just announced that she's the new face of Simple Skincare.