Take two huge comedy stars. Trap them in a car for a "road trip" and what do you get? Moments of pure genius, of course. Ladies and gentlemen, I'm describing one of the best parts of the new comedy "Identity Thief," in theaters now.

Jason Bateman stars as do-gooder Sandy Bigelow Patterson, an accounts rep living in Denver whose identity is stolen by Diana (Melissa McCarthy), a crook living in Orlando. Sandy convinces Diana to return with him to Colorado in order to clear his name, and thus one of the most terrifically awful road trips you've ever seen is born. 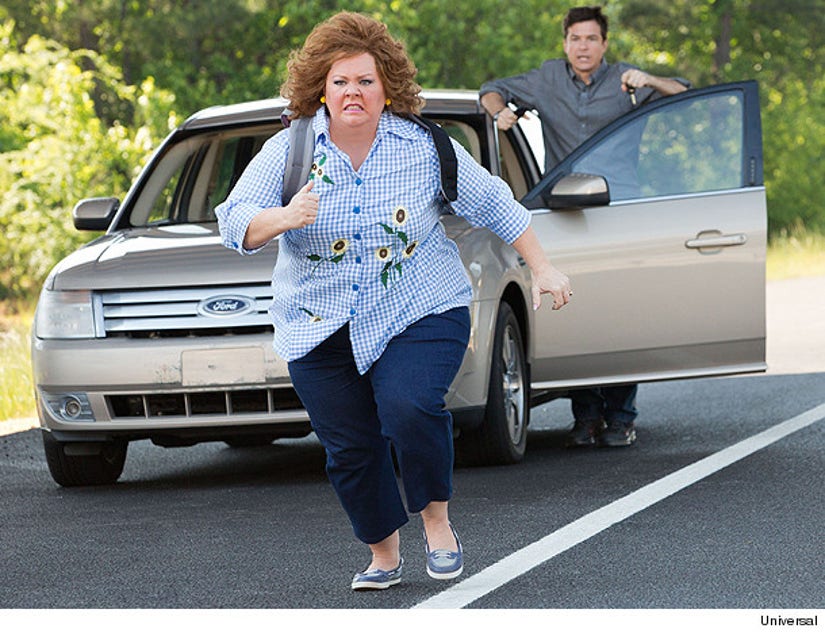 "I think they were my favorite," the "Mike & Molly" star told us about her car scenes with Jason.

"You're confined in this car, a lot of times you're locked in on both sides because they have camera rigs so you literally can't get out even if you wanted to. And so you kind of get cabin fever, you get punchy, and sitting next to that..."

"Jason," Bateman chimed in, eager to help out his co-star.

Melissa chuckled and continued. "...sure, for that long of a time, by the end I had to do lot of weird stuff where I'm like staring at his forehead instead of his eyes because I kinda couldn't keep it together."

But those moments are really what add to the real (painful) feeling of the road trip, as Melissa pointed out, "Those are my favorite things because you actually start to feel like you're on it because you just get crazy, start going a little loopy."

Like what exactly? Jason brings up a great one, "And you [Melissa] came up with an idea to just fall asleep with your eyes open." "Sure!" she happily retorted. Comedy gold, these two. 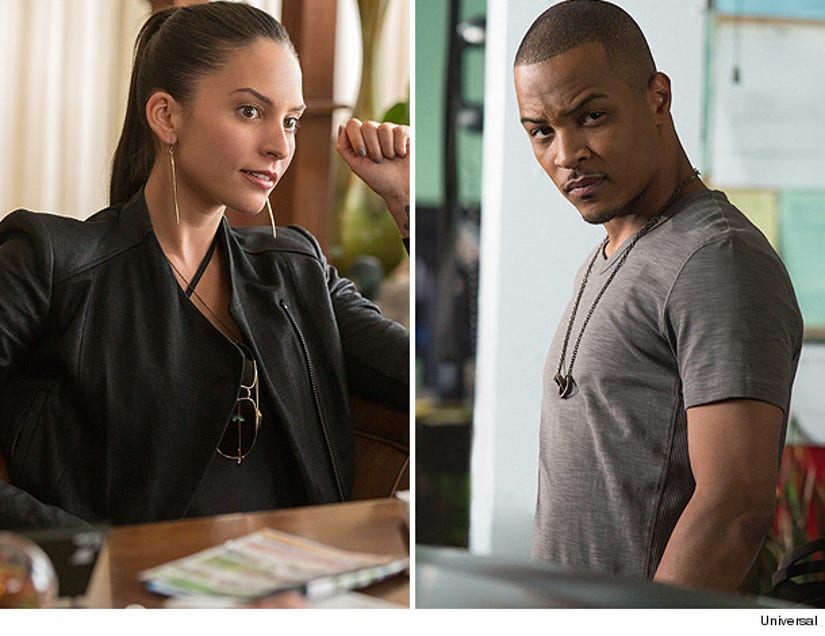 Hot on Sandy and Diana's trail is a pair of bounty hunters played by the gorgeous Genesis Rodriguez and Clifford Harris (better known to you and me and T.I.). Comedy is a new arena for the rapper-producer, which is something he definitely enjoys.

"It was a refreshing stretch to be able to do something different," the 32-year-old said. "I guess people just assume that I'm just this straight-faced, hardcore criminal, which I am not...anymore," he laughed, referring to his past legal troubles -- including a huge 2007 felony arrest for illegal gun possession.

"Actors want to take ourselves out of our element and show how diverse we can be, and how impactful we can be in other worlds," the "Bring Em Out" singer continued. "So I'm looking forward to playing a federal agent on the hunt for illegal weapons. That is probably as far out of my element as I can be."

Gotta love a celeb who can make fun of themselves and their past mistakes. You're awesome, T.I.!

Be sure to catch "Identity Thief," in theaters now, for some side-splitting laughs ... and to see Bateman's close encounter with a 7-foot Kingsnake!