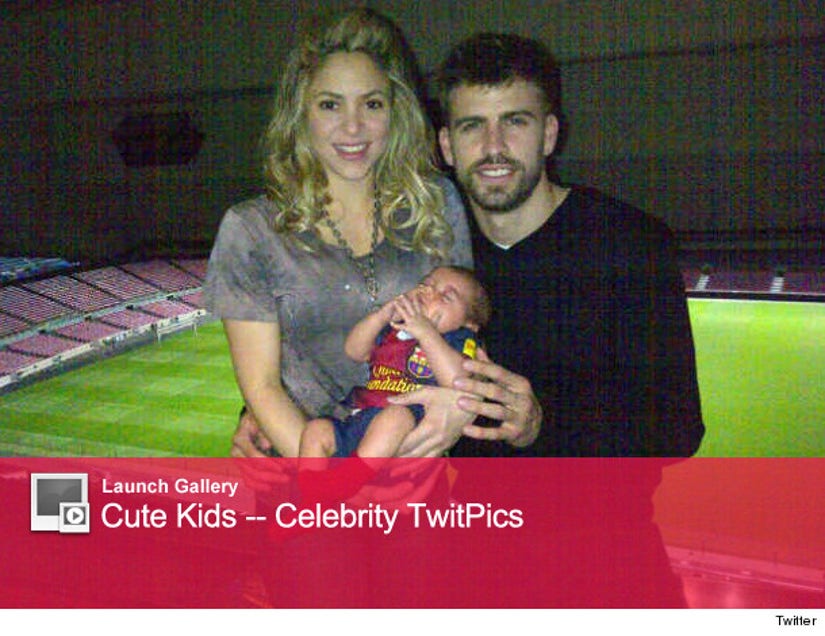 He may be less than 2 months old, but Shakira's son Milan is already following in his famous father's footsteps.

The trio posed for the cameras at the Camp Nou Stadium following a game Tuesday in Spain.

The new mom is getting a lot of family time in now, before "The Voice" starts up again in two weeks with the singer as a new judge (replacing Christina Aguilera).

Check out more celebrity TwitPics of their cute kids in the gallery above.