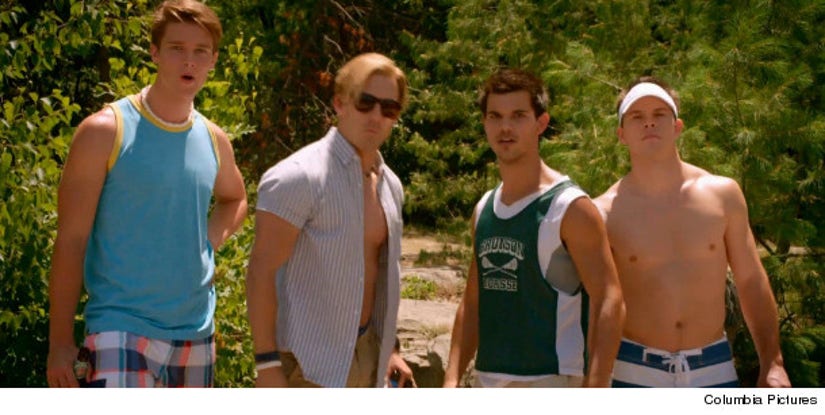 Role where you stand around and look pretty? Check.

The frat guys will force the "grownups" (Adam Sandler, Chris Rock, Kevin James, and David Spade) to jump off a cliff ... naked. Check out the trailer below:

This isn't the first time Patrick Schwarzenegger has been on the big screen. He starred in another Happy Madison (Sandler's production company) film, "The Benchwarmers," back in 2006 and the independent film "Stuck in Love."

Considering the first "Grown Ups" made $270+ million, this could be Pat's big break. He could always go back to modeling if his acting career doesn't pan out. See more stars and their attractive offspring, below: 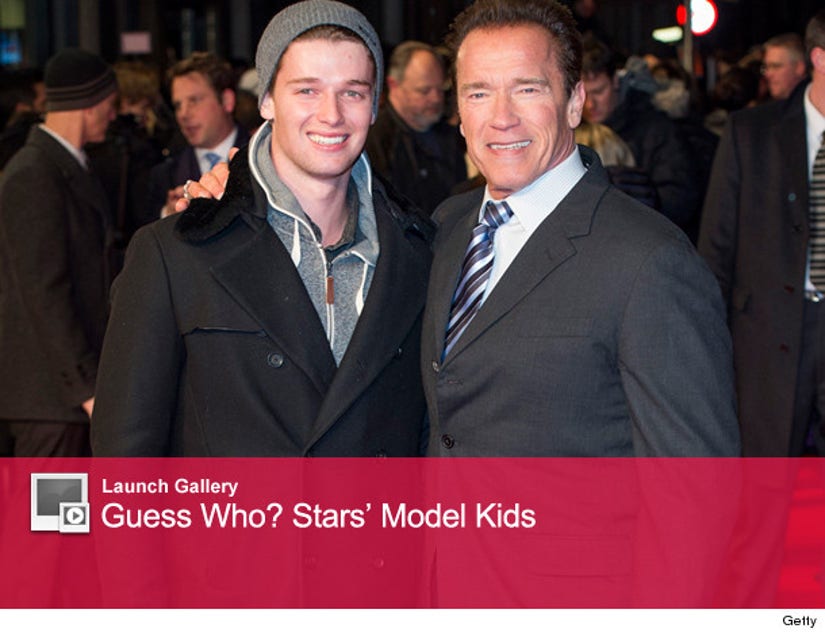