Want to feel ancient? Smalls from "The Sandlot" isn't so small anymore -- and he's even got kids!

Tom Guiry, who played Scotty Smalls in the 1993 flick, chatted with toofab's Brittany Kyles while promoting the film's 20th Anniversary Blu-ray release -- where he opened up about making the movie, working with The Beast and one infamous line.

Check out the full interview with Tom below, plus see what he and the rest of the cast have been up to since the movie's release in the gallery above.

Do you still get recognized?

I get "Your killing me, Smalls" at least 2 or 3 times day. I do get recognized for "Sandlot" the most, which I think is hilarious, now 20 years later. I guess it's good though, means I still look young!

What's your best memory of working on the movie?

Oh my gosh, there are so many of them. I'd have to say hanging out in that tree house, I loved that. We also all lived in a condo, which they put us up in while we were filming and we'd all go swimming and stuff. That was fun. 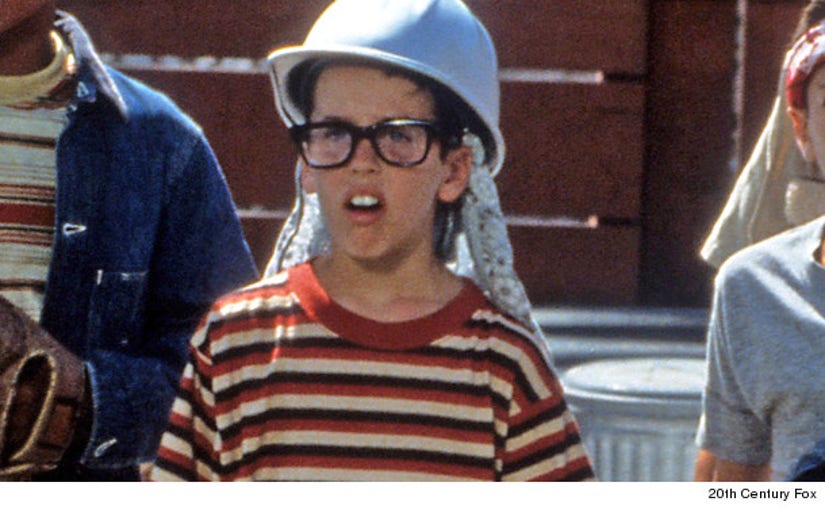 Remember the guy that played Squints? Well in the movie he dressed like such a dork (above), but in real life he was like a gangster rapper, he had dreads. He was just funny as hell. It was like being away at summer camp. The kids were just really cool. It was a real fun time of my life.

Did you ever think it would become such a beloved film?

We were wondering how long it would be in theaters if it came out, or if it was even going to come out. But I don't think any of us thought 20 years later that it would be appreciated or that I'd be talking to you about it. I get a real kick out of it, it's great to be a part of something that was so well received. It makes you feel good. I'm glad I'm remembered for a good movie and not a bad movie!

Why do you think it still resonates with so many people?

The character that I played, Smalls, he was trying really hard to fit in and I think everybody at one point has felt like an outsider and everyone wants to be accepted. I think people can relate to that. And baseball, I think it brings them back to their childhood – a good time in their lives for most people.

Do you keep in contact with any of the other guys?

No, not really. I wish I did because I'd love to see how they're all doing. Our parents used to send Christmas cards and all that stuff, but as I got older we just lost contact. 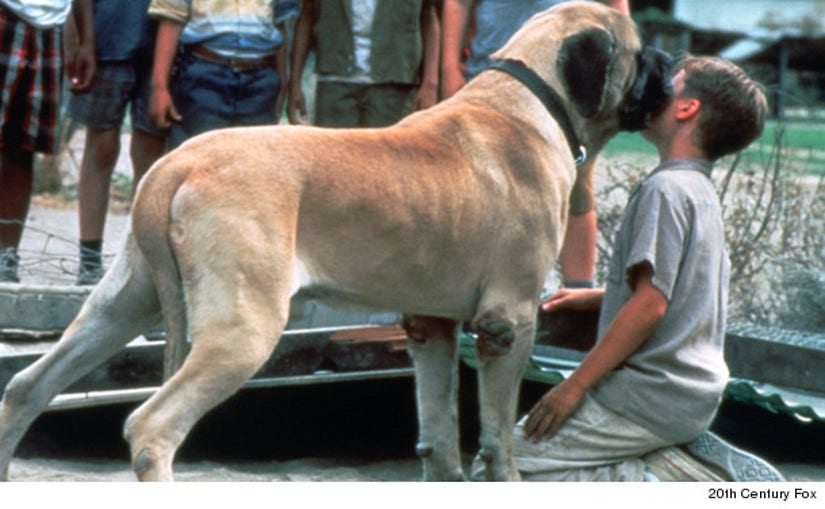 That dog was great, they had two of them. It was an English Mastiff, but we kind of felt bad for them. They were so big and we were working in Utah, and it was like a hundred and something degrees and these guys were drooling.

I had never seen a dog that big! At the time I was like 4'5", so he was the same height as me. They were great dogs.

What have you been up to lately?

Well, I have three kids now and I recently appeared on "Elementary." I've also done some movies, but you know when you have three kids you can't always be looking for an acting job. I work and my wife is a teacher.

Have your two sons seen the movie yet?

What does your wife think of the movie?

She gets a kick out it! When we first met she asked me what I did and I had just came back from doing "U571" and I said "Well I just got off a plane from Italy, I'm an actor." She said "That's the worst pick up line in the world."

Be sure to pick up "The Sandlot" on Blu-ray today!