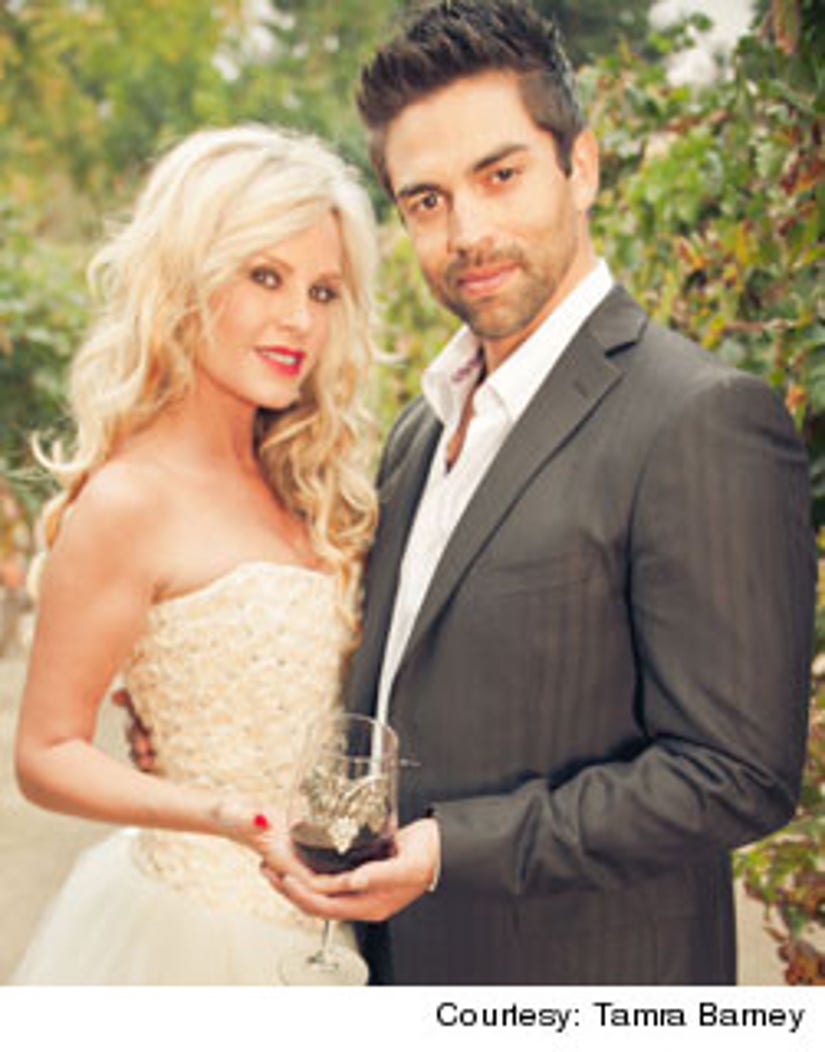 Tamra Barney and her fiance Eddie Judge's wedding date has been a point of contention on "The Real Housewives of Orange County," but toofab can exclusively reveal that the couple will wed this June.

toofab's Lawrence Yee chatted with the reality star-turned-entrepreneur about her latest projects, including her gym C.U.T Fitness and wedding plans!

"I just went back last Friday and did some sketching of the dress that I want. We're incorporating different things from different dresses. [Designer] Mark Zunino is making them right now. I'm really excited about them!"

As for whether she'll get her own wedding spin-off ala Bethenny Frankel and Kim Zolciak, Tamra played coy. "I cannot confirm or deny it. But let's just say I'll be sharing my wedding with everybody."

Tamra's going to look amazing in her dress thanks to her dedication to fitness, particularly Les Mills Bodypump, which she recently became certified to train.

"I'm 45 years old and it's not that easy to stay in shape," Tamra admitted. "The rep effect -- where you do so many reps at light weight -- your body stars transforming. I love that everything is choreographed to specific music. The class is fun, too!"

Other June brides can start now and see the benefits."It takes four weeks of being consistent on working out and your diet, Tamra said, "After four weeks you'll see the change, after eight weeks everyone else will see the change.

"One of the best things you can log your food. Diet is huge when it comes to working out," she adds (she recommends LIVESTRONG's MyPlate app).

Owning her own studio -- C.U.T. Fitness -- has led her to work out even more, despite her hectic schedule filming and running a business. "It's very easy to jump out of my office and into a couple classes a day. I'm actually working out more now with the business than I have before."

Tamra's not the only "Real Housewives of O.C." star who's engaged. InTouch just reported Gretchen Rossi asked Slade Smiley to marry her.

To watch Tamra's road to the altar, be sure to tune into "RHOC" on Monday nights! Next week will be a doozie with another "Real Housewives" dinner party from hell!