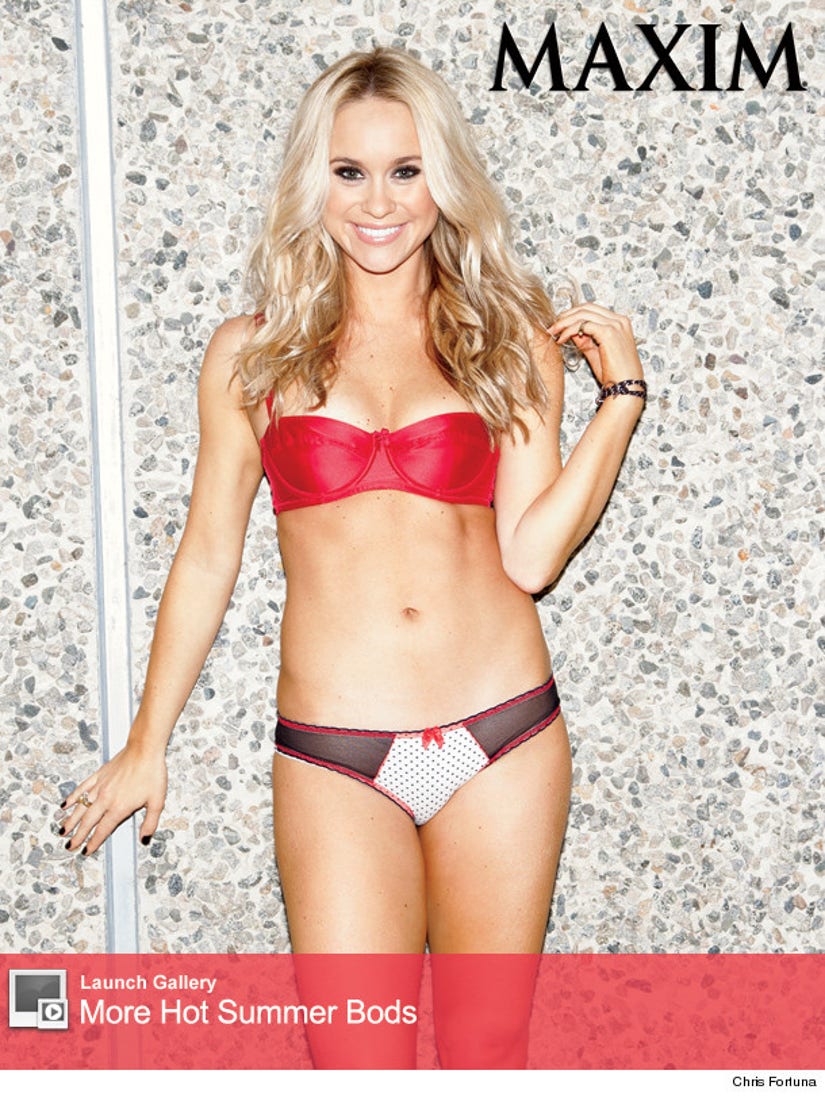 Those "Glee" stars are shedding their clothes left and right this week!

Fresh on the heels of Naya Rivera's totally nude photo shoot, another star from the FOX singing show is taking it off.

Becca Tobin, who joined the cast this season as bitchy cheerleader Kitty, shows off her fit physique in the new issue of Maxim -- and we've got an exclusive photo from her shoot.

Sporting lingerie and a smile, the 27-year-old looks amazing ... but one of her new cravings might do her in if she's not careful.

"I've never realized how much i like Mexican food before moving to L.A.," she tells the magazine. "I'd spent my whole life on the East Coast. But since I came here, I've gone crazy, whether it's higher-end places or taco stands on the side of the road. I'm excited to celebrate Cinco de Mayo here!"

Check out more from Tobin's shoot over at the Maxim website. The May issue of the magazine is on newsstands now.