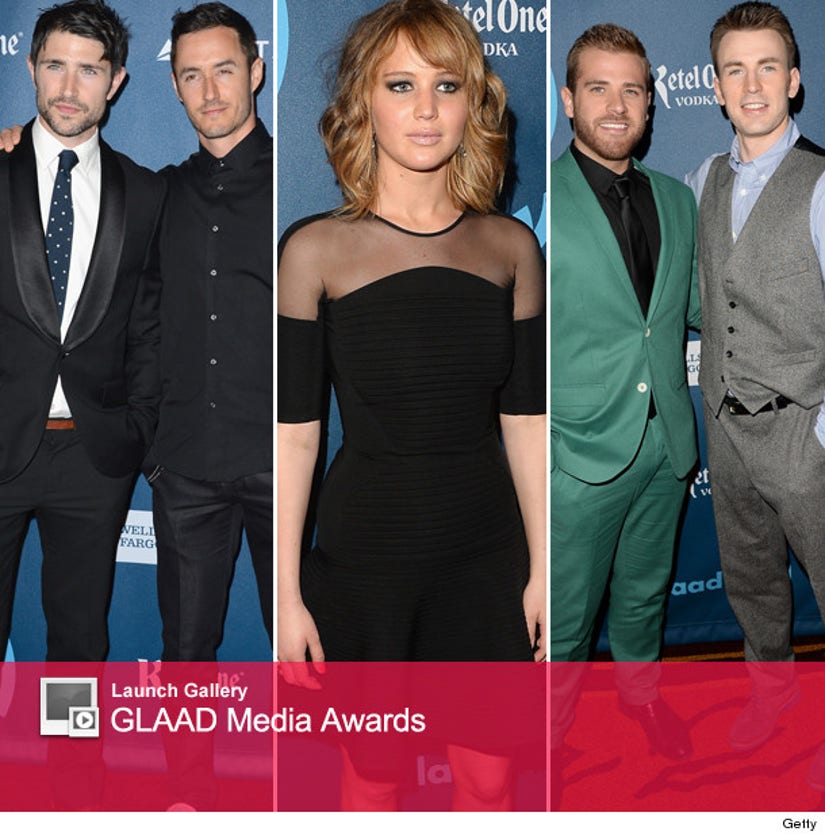 The red carpet for Saturday night's 24th Annual GLAAD Media Awards in Los Angeles was a who's who of gay stars and celebrity allies.

"Captain America" himself, Chris Evans, was on hand to support his brother, out actor Scott Evans. The two were seen on stage later that night, where they were joined by their mother Lisa. Talk about a family affair!

Former "Kyle XY" star Matt Dallas used the carpet to finally go public with his fiance, Blue Hamilton. Dallas officially came out earlier this year when he announced their engagement -- and Saturday's event was their big public debut as a couple.

Also at the event this year, which was hosted by Drew Barrymore, also included appearances from Charlize Theron, Jennifer Lawrence (who chopped off her hair!), Leonardo DiCaprio and even Bill Clinton.