Unless you're in a 1960's Hanna-Barbera cartoon, this isn't the type of car you see on the road too often.

But two guys in one very famous boy band just spent some serious cash to get a Mystery Machine of their very own.

So ... who got the "Scooby Doo"-inspired wheels? 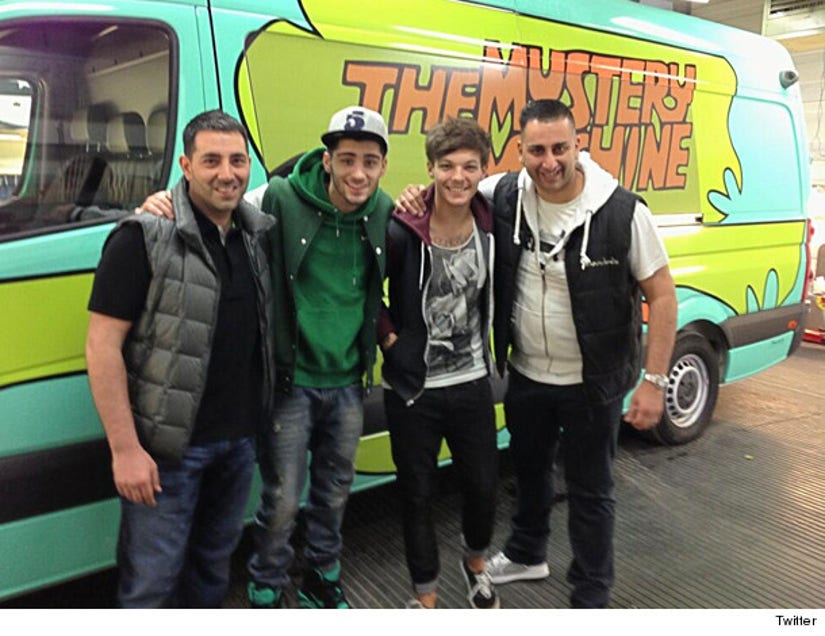 Louis Tomlinson and Zayn Malik from One Direction!

"Have to say a huge thank you to everyone @yiannimize for making mine and @zaynmalik 's mystery machine haha," Louis tweeted yesterday ... along of a photo with car customizer Yianni Charalambous.

"It's our pleasure, enjoy guys," Yianni tweeted. "Can't wait for people to see it ... Been an amazing project!"

Some reports are saying they spent over $100,000 to convert an old bus into this pimped out creation ... though, it's The Mirror, so take that number with a grain of salt.

No word yet on when we'll see the boys driving their new vehicle around, but they're due to start their US tour in June.

And be sure to check out more stars with impressive cars in the gallery above.