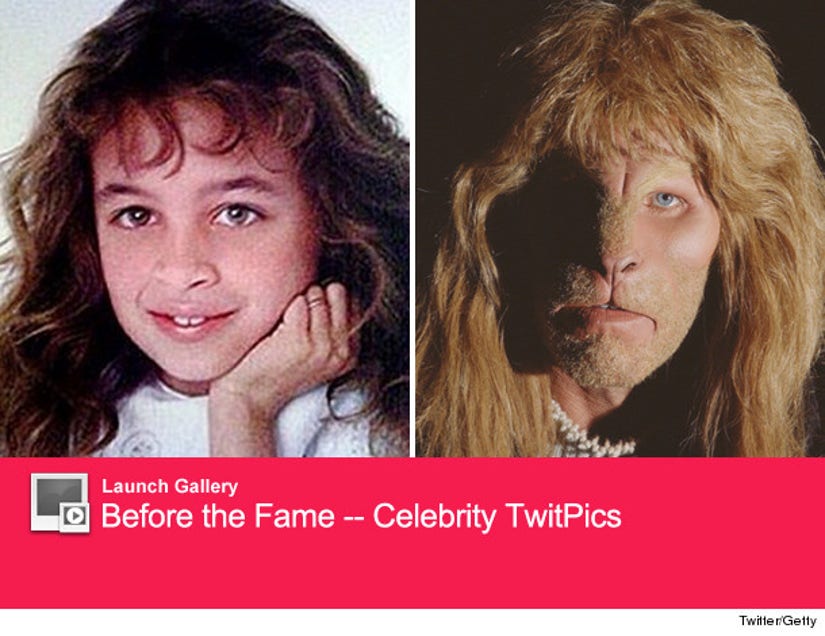 Seems like Joel Madden just loves to give his wife Nicole Richie a hard time!

On Thursday, the fashion designer tweeted this split above with the caption "The moment my husband told me I looked like The Beast in Beauty & the Beast #TBT."

While we don't see the resemblance of Richie and the Beast (eh, maybe the hair), it's pretty hilarious that the ﻿fairy tale character is the first image that came to Joel's mind when he saw her childhood snap.

Nicole's not rocking her curly hair these days, so it's safe to say that she does not look like "The Beast" anymore.

Do you see the resemblance, or think Madden was just being mean? Sound off below and click "Launch Gallery" above to see more stars before fame!