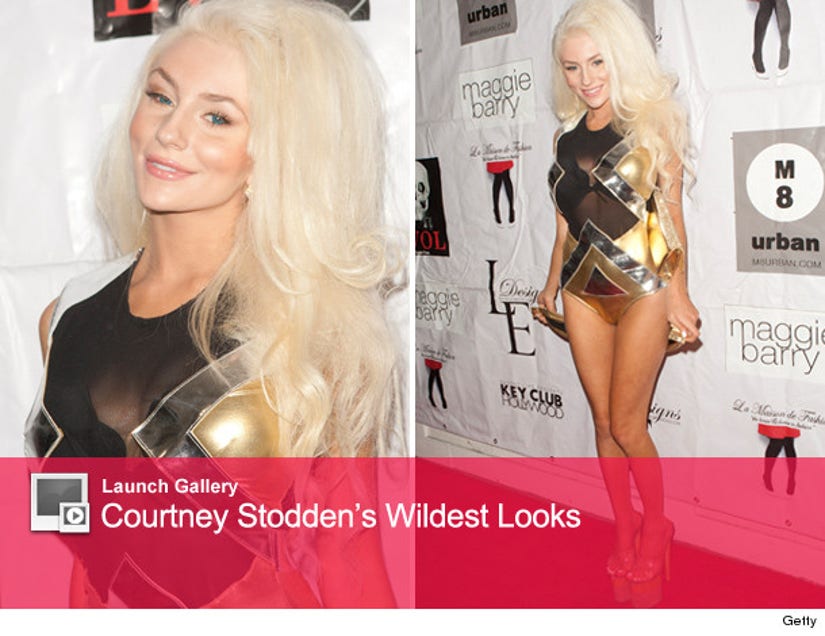 The teen bride was the guest of honor at the Maggie Barry Street Launch Party in Los Angeles on Wednesday. While she showed up with a lamé sarong, it came off the second she hit the arrivals line -- and showed off her semi-sheer leotard in its gold glory.

The 18-year-old was sporting some extreme makeup for the event too, highlighting her cheekbones with waaaay too much blush and wearing some crazy bright blue contacts.

In short, this was an odd look ... even by Stodden standards!

Check out more of her wildest looks in the gallery above.