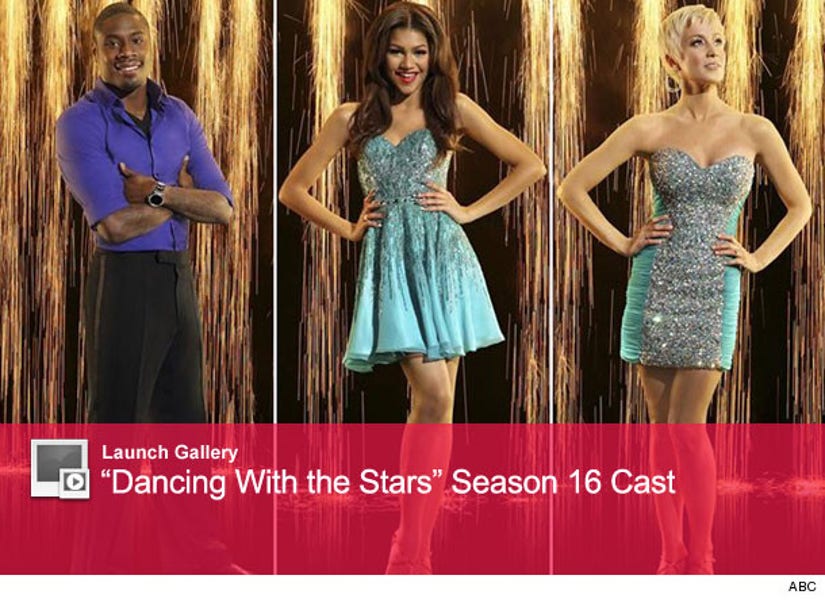 For the first time in "Dancing With the Stars'" 16 season history -- four couples will be competing for the mirror ball trophy.

NFL star Jacoby Jones (above left) and his partner Karina Smirnoff -- who had a scary mishap during rehearsal -- were the first couple to move onto the final round, followed by country singer Kellie Pickler (above right) and Derek Hough, and gymnast Aly Raisman and Mark Ballas.

In a bit of a surprise, teen star Zendaya (above center) and Val Chmerkovskiy -- who were frontrunners all season -- found themselves in the bottom for the first time all season.

However, it was soap star Ingo Rademacher and Kym Johnson who were sent home.

"I thought I was going to be done in, like, two weeks," the "General Hospital" hunk said after learning the results. "Kym has choreographed the most amazing routines and she catered them toward my two left feet -- and it got us this far."

"I've really got a ballroom frame now," he joked.

Tuesday's episode -- the series' 300th -- also featured a performance by 10-year-old Sophia Lucia, who dance fans may recognize from "Dance Moms." Sophia is a pirouetting record holder, and showed off her moves in an energetic number:

Who should win "DWTS"? Tell toofab in the comments below!