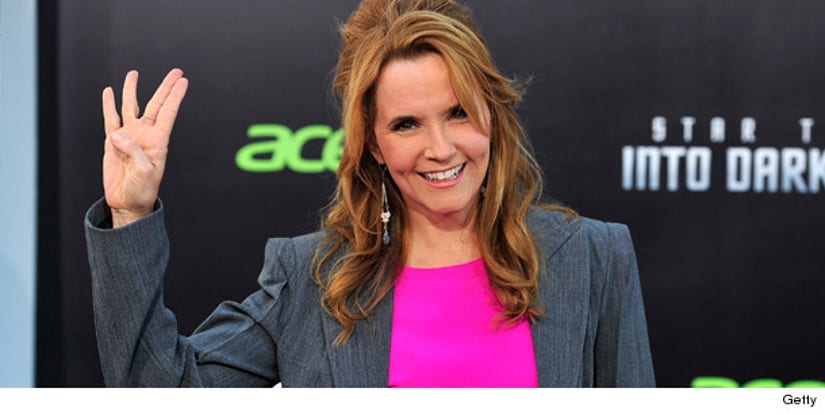 You probably wouldn't guess by looking at her, but Lea Thompson is a die-hard Trekkie!.

toofab caught the actress at the Hollywood premiere of "Star Trek Into Darkness," where she made an on-camera plea to director J.J. Abrams to put her in the next "Trek" film.

With Abrams' films re-imagining the classic sci-fi franchise, we *had* to ask Lea about the possibility of a "Back to the Future" reunion or remake. Check out her answer below, and hear her talk "Trek" -- she's such a fangirl!

As for "Back to the Future," Lea doesn't think it'll get remade, but if she needs someone to play her younger self, she should get her daughter Zoey Deutch --- who the spitting image of young Lea.