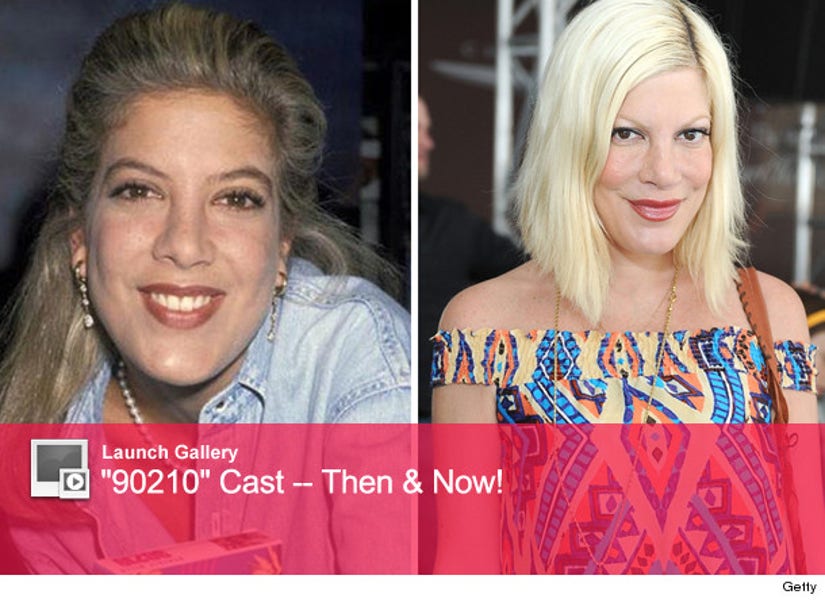 Donna Martin is all grown up -- Tori Spelling turns the big 4-0 today!

While working on the popular drama, Tori also landed gigs on made-for-television movies like "A Friend to Die For" and "Mother, May I Sleep with Danger?."

In 2003, Spelling married actor Charlie Shanian ... but they split in 2005 when Tori had an affair with her now-husband Dean McDermott (who was also married at the time). The pair tied the knot a month after Tori's divorce was final.

Aside from some family drama and career hiccups, Tori and Dean seem happier than ever today.

Have Brenda, Brandon, Kelly, Dylan, Steve, David and the rest of the Peach Pit gang fared as well?

Click "Launch Gallery" above to find out -- and see the entire cast of "Beverly Hills, 90210" then and now!