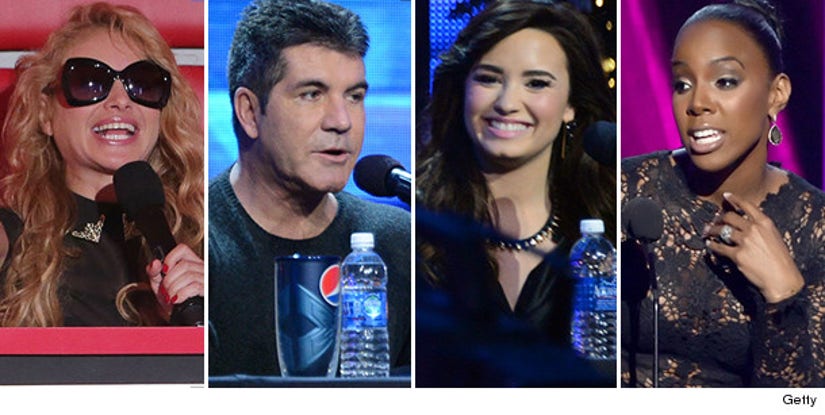 The singing competition will have three female judges next season: Kelly Rowland and Paulina Rubio were confirmed today as Britney Spears' and L.A. Reid's replacements, while Demi Lovato is returing for a second season. Simon Cowell will be the sole male judge on the panel, which will surely make for an interesting dynamic.

Kelly rose to fame as an original member of Destiny's Child, alongside her best friend Beyonce Knowles. She's no stranger to reality TV competitions, having hosted "The Fashion Show" on Bravo and been a judge on the U.K. version of "The X Factor."

Paulina is one of the best-selling Mexican pop artists, and has mentored on "La Voz Kids" -- a Spanish language version of "The Voice" featuring children.

FOX hopes that the new judges will help "The X Factor" turn around its struggling ratings. Auditions begin this week.

Are you excited about the new judges? Tell toofab in the comments below!