How do you know you've made it? When Mick Jagger asks you to perform onstage with the Rolling Stones!

On Monday, Taylor Swift joined the Rolling Stones for their last night in Chicago to sing a joint rendition of "As Tears Go By."

The two have pretty great chemistry together onstage -- and while the video probably doesn't do the live show justice, Taylor definitely holds her own alongside the living legend. 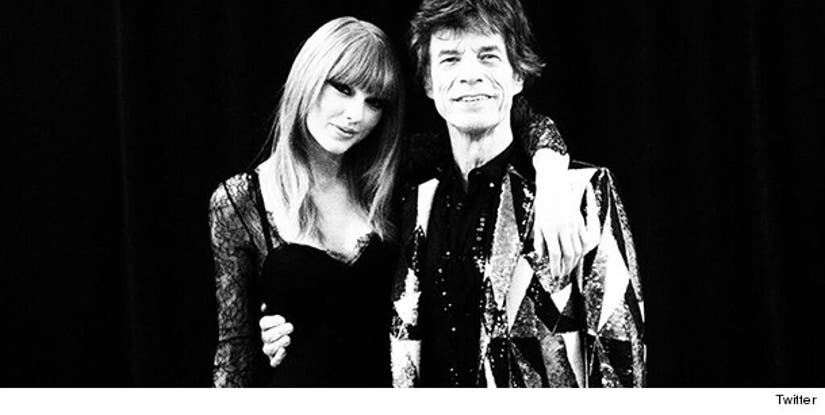 After the show, the "We Are Never Ever Getting Back Together" singer tweeted a shot of her and Mick with the caption, "Filing this under 'Friends Forever.'"

We also love the 23-year-old's outfit -- it's nice to see Taylor show off her sexy side from time to time.

Check out the video above and let us know how you think Taylor did below!