Kanye West is finally opening up about his many triumphs and tribulations!

In an interview with the New York Times the "Gold Digger" artist gets candid about his music, his explosive outbursts (a la Taylor Swift) and his high-profile relationship with Kim Kardashian!

When asked about his infamous interruption at the 2009 MTV Video Music Awards (when he burst on stage while Swift was giving her acceptance speech), West gave an awesome quote about his "instinct" to tell it like it is.

While West did apologize to the 23-year-old, he now says he only did so due to peer pressure, not because he actually regretted his actions.

"You know how people give a backhanded compliment? It was a backhanded apology. It was like, all these raps, all these sonic acrobatics. I was like: 'Let me show you guys what I can do, and please accept me back. You want to have me on your shelves,' he reveals. 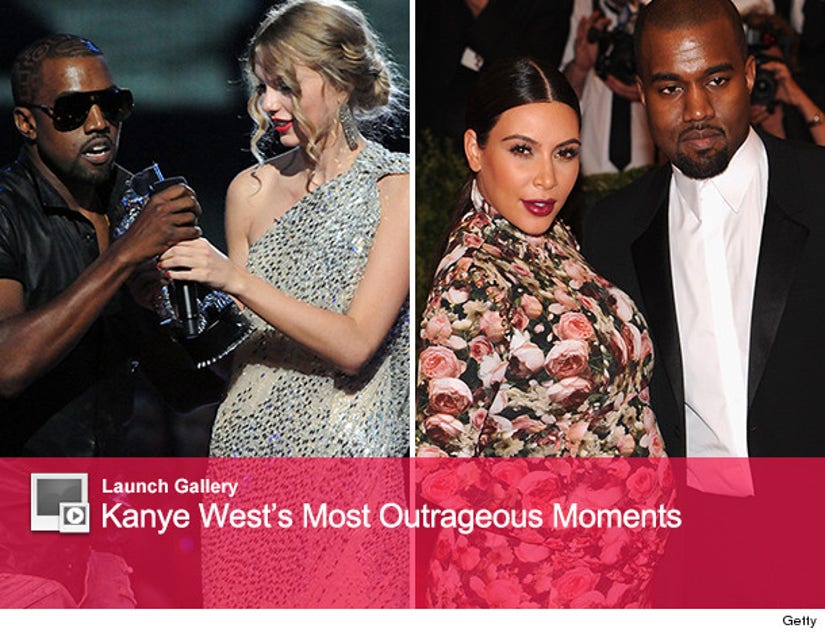 If there's one person that can make the 36-year-old soft, it's his baby mama Kim.

"Any woman that you're in love with or that loves you is going to command a certain amount of, you know, energy. It's actually easier to focus, in some ways," the rapper explains.

Since Kanye started dating Kim, he's gotten a ton of media attention from being on her reality show, "Keeping Up with the Kardashians."

Check out the New York Times for Kanye's full interview, and click "Launch Gallery" above to see some of the rapper's craziest moments!

What do you think of Yeezy's candid interview? Sound off below!