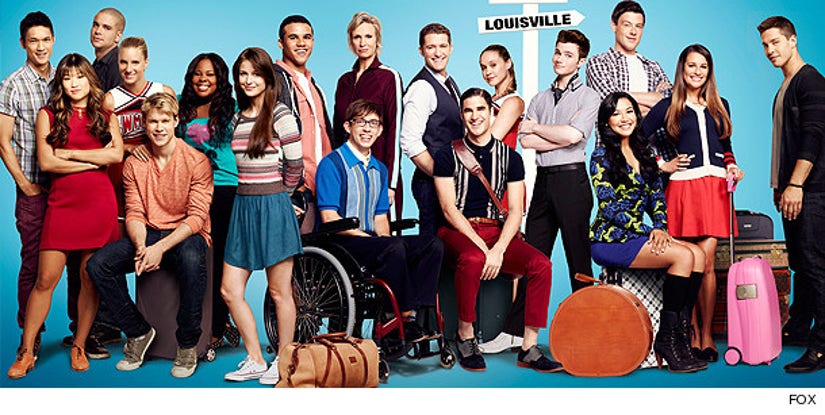 For Season 5, the cast has been pared down. Five original cast members: Amber Riley (Mercedes), Dianna Agron (Quinn), Heather Morris (Brittany), Harry Shum Jr. (Mike), and Mark Salling (Puck) will not be returning, though may have guest appearances.

Their absences are easily explained: Heather Morris' character was accepted to college early (to accommodate her real-life pregnancy) and the four other characters graduated at the end of Season 3.

In some good news, Cory Montieth, who had to bow out of the Season 4 finale due to his stint in rehab, is back with the cast.

FOX renewed "Glee" for two more seasons, with the Season 5 premiering on September 19.

And while we expect to get the new cast photos in a few weeks, check out last season's shots below.