A long time ago, we used to be friends ... and then it ended.

So begins the brand new footage from the upcoming "Veronica Mars" movie, as almost five minutes of video from the movie and behind-the-scenes made its big debut at Comic-Con on Friday afternoon.

The actual trailer stars around the 3:00 mark.

The clip is definitely a must-see for anyone who gave money to the Kickstarter campaign that funded the flick -- as it contains all your favorite stars from the show, plus Jamie Lee Curtis, a killer chick fight and Kristen Bell just being awesome, as usual.

The new movie follows the title character (who is now a hot shot lawyer in NYC) as she returns to Neptune for a high school reunion ... and also to help ex-boyfriend Logan Echolls (Jason Dohring) solve a mystery.

Like what you see? During the panel, the excited cast revealed they'd be down to do another movie if this one does well.

Check out a great shot of the entire crew together again below -- plus, click the gallery to see more pics of the cast partying after the panel at The Samsung Galaxy Experience in San Diego. 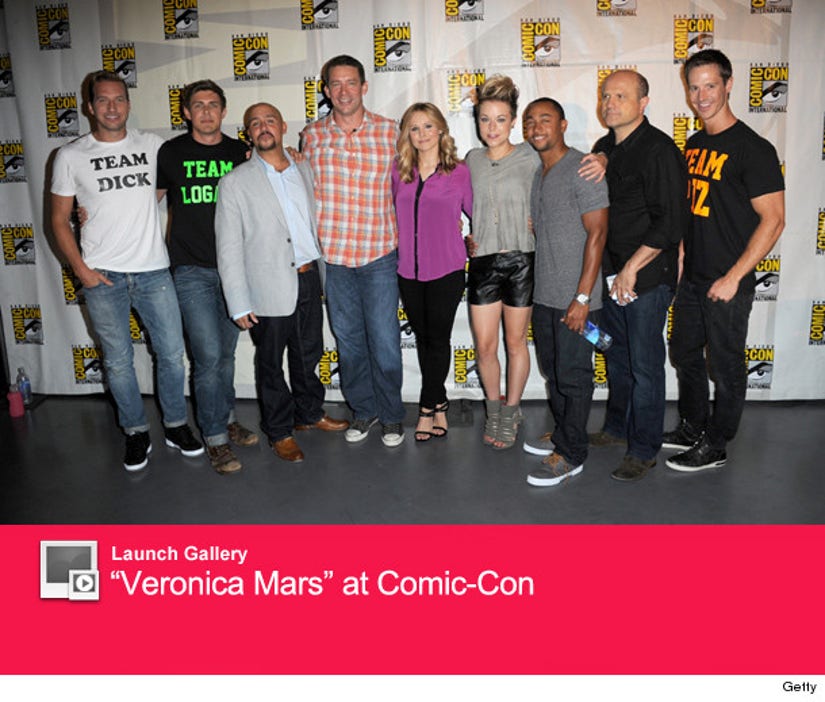