One of the biggest surprises at Comic-Con this year was that Marvel's "Guardians of the Galaxy" had footage to show -- just 10 days into filming!

But for those of you who weren't in Hall H to witness the impressive video are probably wondering "What the heck is this movie about?"

Well, we don't have an official plot just yet, but it revolves around two battling groups of space outlaws -- and one of them's got a talking raccoon!

Here are 10 Things You Need to Know About "Guardians of the Galaxy":

1.) "Guardians" Is About One Very Weird Family

They may be a bunch of space misfits, but The Guardians are still a family at heart.

"'Guardians' is about a family coming together," says director James Gunn. "It really is about a group of individuals who have acted selfishly only as individuals throughout their life and learning something about themselves that makes them heroes.”

2.) The Raccoon and Tree Are Coming Soon

While footage of Rocket Raccoon and Groot was shown during the Hall H panel, the actors providing their voices haven't been cast yet.

So ... when can we expect an official announcement? "Pretty soon," says Gunn. "Not now-ish. Tomorrow, next week-ish, next month-ish?"

3.) Karen Gillan Is Bald and Beautiful 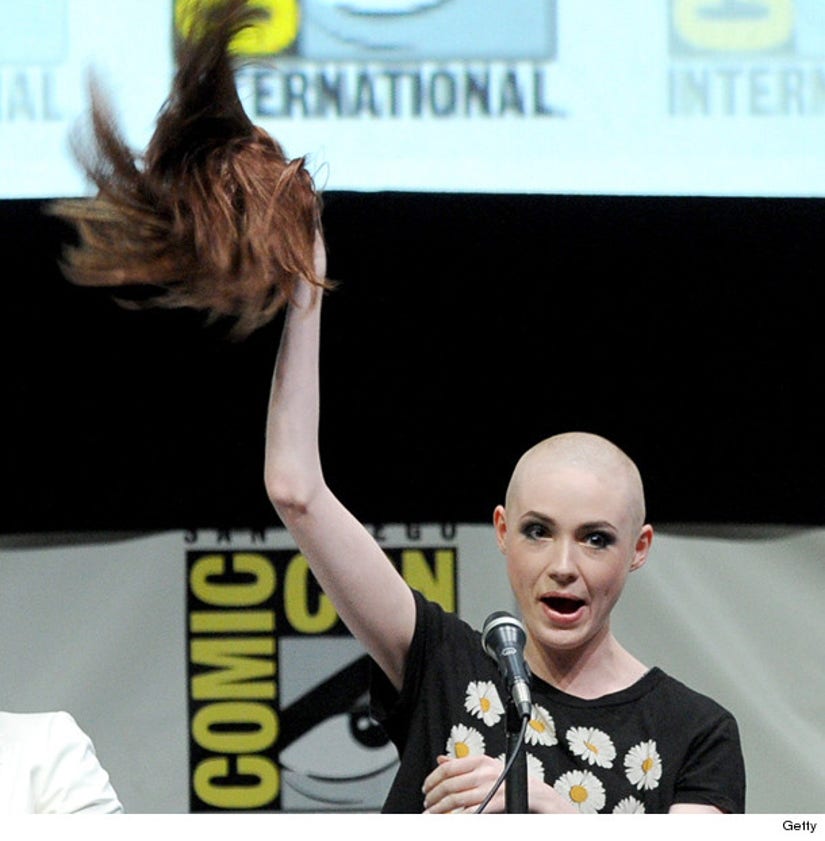 In order to play the villainous Nebula, "Dr. Who" star Karen Gillan had to shave off all her hair.

She actually faked out everyone in Hall H by wearing a wig to the panel -- only to rip it off and throw it into the crowd mid-way through!

4.) The Avengers Should Watch Their Backs!

Thor may be the God of Thunder, but he's no match for the Guardians ... at least according to Zoe Saldana.

"I do believe that Guardians have bigger powers in a way," she says. "And if we were up against like Captain America or Thor, we'd totally kick his ass."

Maybe we'll get to find out in "Avengers: Age of Ultron."

5.) Chris Pratt Just Had the Saddest Birthday Ever 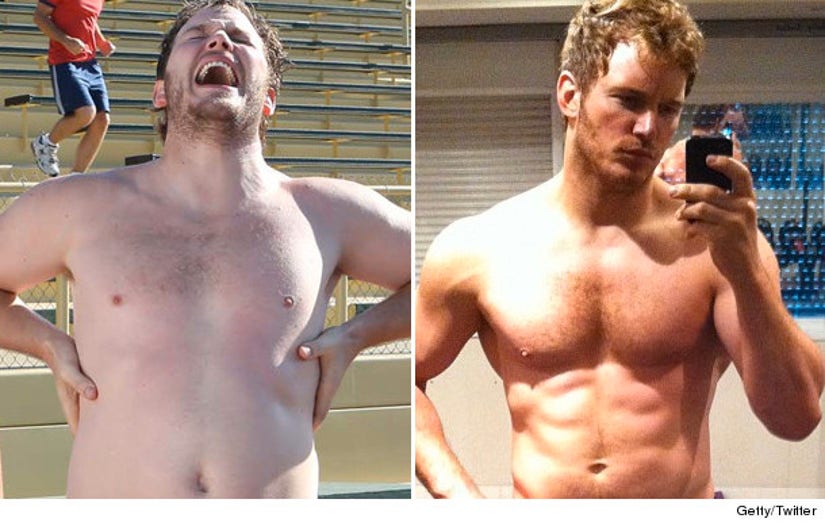 "Basically I cried forty pounds off and the rest of it was just being hungry and working out," Pratt says of his recent body transformation.

"He's doing really well, too," added Gunn. "His birthday was about three or four weeks ago and I happened to be there and they brought out a tray of vegetables that spelled 'Happy birthday.'"

"If any of them was sharp, I would have used it to cut my wrists," joked Pratt.

6.) Djimon Hounsou's Had a Great Reason to Take His Role

For Djimon, it wasn't just the paycheck that made him sign on for his role as Korath. Listen to his story:

"I have a four-year-old son and he loves all the superheroes from Spider-Man to Batman to Iron Man," says Djimon. "He's got all the costumes, and one day he looks at me, he says, 'Papa, I want to be light skinned so I can be Spider-Man because Spider-Man is light skinned.'"

"I'm extremely excited to be part of a Marvel universe so that hopefully it can provide a diverse outlook to superheroes or bad guys in those stories. It's important for us to be part of that, and specifically for me.”

Director James Gunn revealed the moment he knew he and star Benicio del Toro would be "friends for ever."

"We were talking about something about collecting stuff and how you [del Toro] get excited when you get something new to collect, and then all of a sudden you look at me really serious and you go, 'You know, I was the first kid in my neighborhood to have an alligator."

8.) The Makeup Is Insane

Just look at that concept art above. It's clear everyone in the cast is in for a major physical transformation.

"I think there is going to be a great deal of soreness and muscle cramping and sweating, but it's gonna be great," Saldana says about her training. "Some of us] have so much make-up to do, constantly, with retouching, every single second."

He may have made a name for himself inside the MMA octagon, but Bautista gets scared too.

"Going on auditions, for me, is the worst thing in the world. It's just terrifying," he says. "I perform in front of 100,000 people, but this is so much more intimate. There's just so much attention, right there on you, and it's absolutely terrifying. This is new to me. I'm still a student at this. I'm not afraid to let people know, 'This is new to me. I'm still learning.'"

While the movie takes place in the cosmos, it still has a physical connection to the previously existing Marvel universe ... and "The Avengers," specifically.

"We have Thanos. Thanos is the thing that connects us to the Marvel universe, at this point," he says -- confirming rumors the brutal villain will appear in the movie.

"In the future, we'll see what happens after that. But right now, we're connected to the rest of the Marvel universe because of three seconds at the end of 'The Avengers.'" 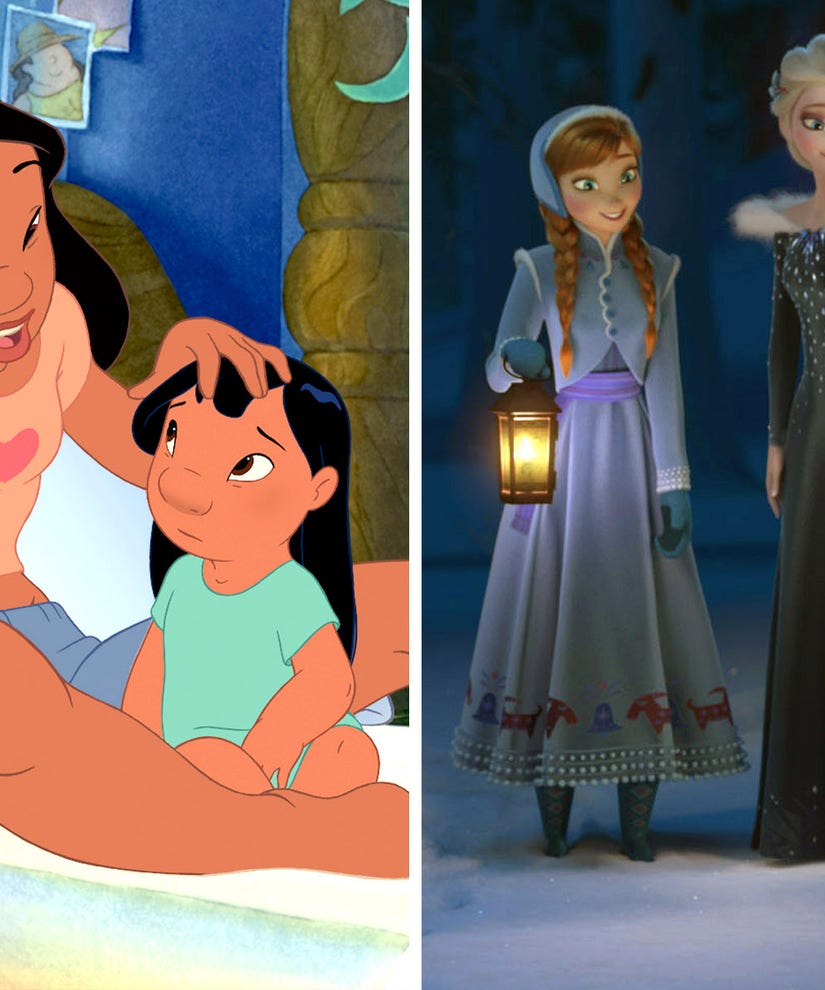 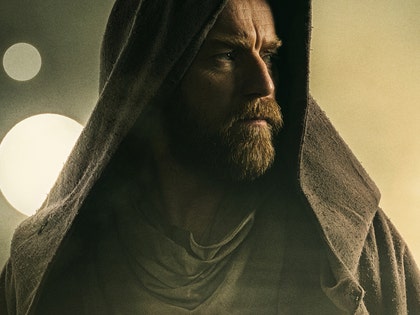 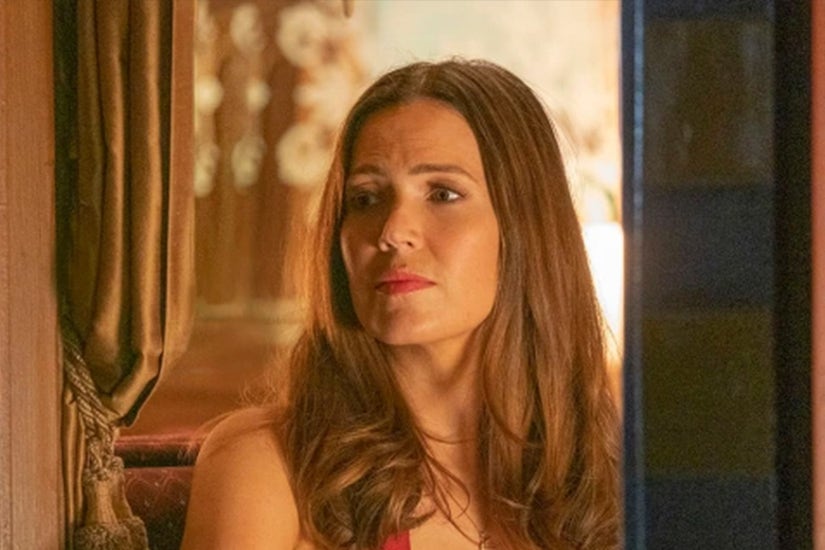