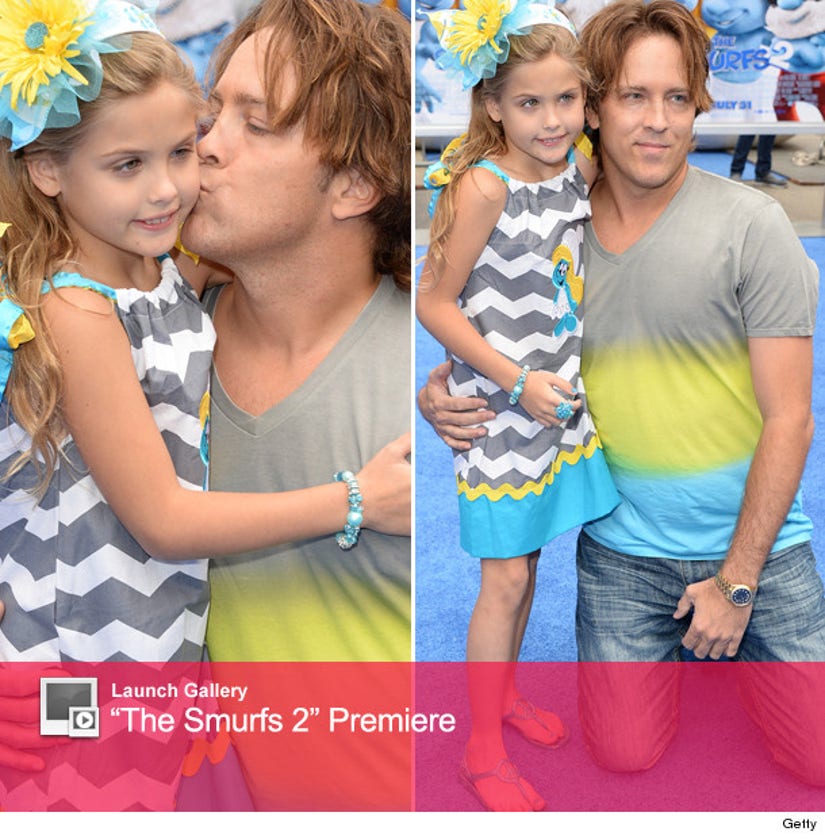 Daddy Larry Birkhead brought his daughter out for a rare public appearance over the weekend, matching their blue carpet outfits for the premiere of "The Smurfs 2" in Westwood, California.

Wearing a Smurfette dress, Dannielynn looked like an adorable 6-year-old, happily posing, smiling and kissing her proud papa for the cameras.

We usually only see these two at their annual Kentucky Derby appearances -- where, this past year, they outdid themselves by dressing up as Mary Poppins and Bert from the 1964 flick.

The entire "Smurfs" premiere was a big family event. Britney Spears showed up with her two sons, Sean Preston and Jayden James, and Neil Patrick Harris hit the carpet with twins Gideon and Harper.

Check out the gallery above for those pics and more, including shots of Katy Perry and Gretchen Rossi!