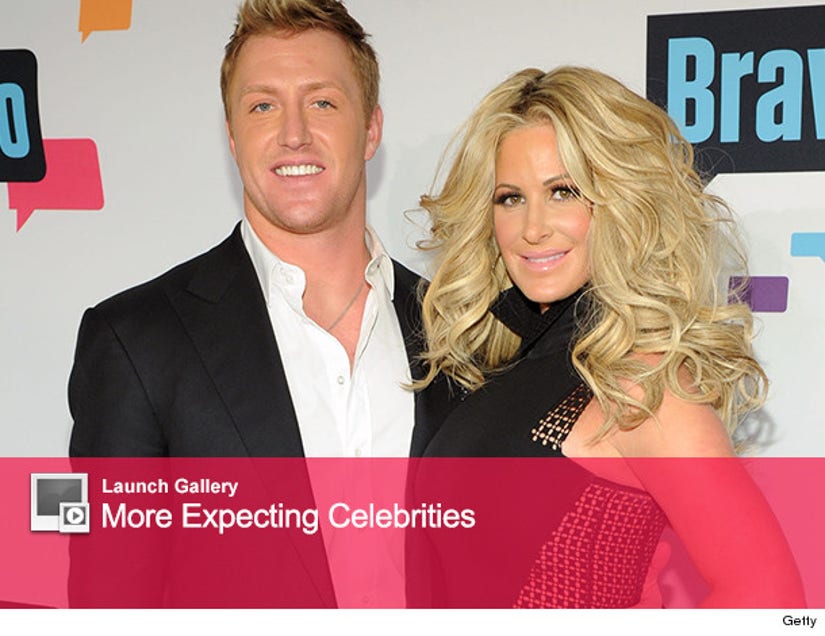 Now, when people mention twins and Kim Zolciak in the same sentence, they won't be talking about her breasts!

"I was completely shocked," the 35-year-old reality star told E! News. "It was a natural conception, but twins do run in the family, so I guess I shouldn't have been surprised."

Kim and her husband Kroy Biermann have two sons, Kroy, 2 and Kash, 1. She also has two daughters from previous relationships, Brielle and Ariana, whom Kroy legally adopted this summer.

"I can't believe I am going to be a mom to six children," Kim added. "It's going to be very busy but it's a dream come true."

Maybe their next reality show should be called "The Biermann Bunch," a play off the six-children "Brady Bunch!" Or maybe "Kim and Kroy Plus Six!"