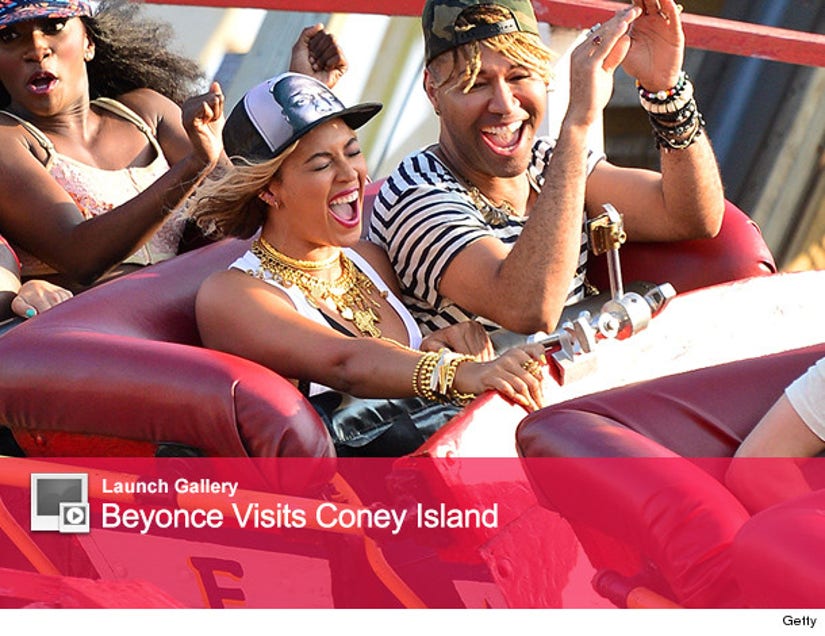 The biggest attraction at Coney Island on Thursday wasn't the Cyclone -- it was Beyonce!

The singer hit up the amusement park with her entourage and celebrity photographer Terry Richardson, filming what could be footage for a new music video.

The singer was seen going on a number of the rides, including a roller coaster and Ferris wheel, and interacting with a ton of her fans.

Videos were popping up of Beyonce all over Instagram -- as she was spotted shaking hands, talking to and, at one point, even had a dance-off.

She certainly started quite a frenzy at the park, but we love how approachable she seems in some of the photos and footage we've seen!

Check out more photos from her day at Coney Island above.