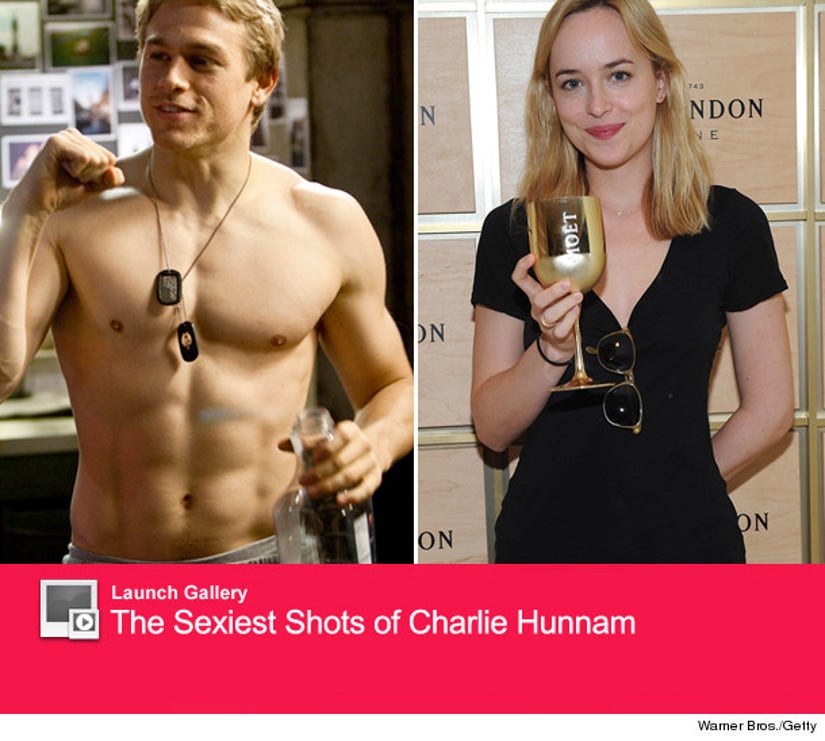 The biggest casting search in Hollywood is finally over!

After months of speculation, "Fifty Shades of Grey" has finally found its Anastasia Steele and Christian Grey, with writer E.L. James just announcing the two stars on Twitter.

I am delighted to let you know that the lovely Dakota Johnson has agreed to be our Anastasia in the film adaptation of Fifty Shades of Grey.

The gorgeous and talented Charlie Hunnam will be Christian Grey in the film adaptation of Fifty Shades of Grey.

Dakota Johnson, the daughter of Don Johnson and Melanie Griffith, appeared in "The Social Network" and starred on Fox's series "Ben and Kate." The 23-year-old will play Anastasia Steele, a college graduate who is drawn into Grey's world.

The S&M fueled flick will be directed by Sam Taylor-Johnson and is slated to hit theaters August 1, 2014.

It should come as no surprise that relative unknowns will start in the film, as it will require a ton of nudity and very strong sexual situations. Stars like Ian Somerhalder, Matt Bomer, Henry Cavill, Channing Tatum and Matt Bomer were all dropped as names during the extension casting process.

What do you think of the casting? Sound off below!

See how fans on Twitter have been reacting below:

Dakota Johnson is Anastasia and Charlie Hunnam is Christian in Fifty Shades of Grey film... who the hell are they? NOOOOOOOOOOOO.

The Fifty Shades of Grey film is going to be absolutely terrible but they could have least made Christian Grey attractive.

It's not Matt Bomer so I don't even care. https://t.co/D4760pr0lw #FiftyShadesOfGrey

So they cast Anastasia and Christian for the Fifty Shades Movie....Um...slightly disappointed.

Charlie Hunnam is doing 50 shades abd snt lingering affection I had for him is effectively destroyed. Rrrrrubbbbish.

On one hand I think 50 Shades is gross and irresponsible & I don't support the film. On the other hand Charlie Hunnam naked + spanking

Oh my god Charlie Hunnam is going to be Christian grey in 50 shades of grey. I'm so excited. I will be at that midnight showing!

The casting for Fifty Shades is disappointing. Not even close to what I imagined

So disappointed at who's playing Christian and ann in fifty shades of grey movies!! I mean really???? Come on @E_L_James @fiftyshadesUK 😡

The fifty shades cast IS NOT OKAY

I don't like who's been cast for the fifty shades movie 😐 I was so excited for the movie too.

Apparently, the main roles for the Fifty Shades of Grey film adaptation has been announced. I am not pleased.

the people they picked to act in the Fifty Shades of Grey movie make me depressed. I was so looking forward to see it and now I'm not

Kinda surprised at who they picked to be Christian and Ana for fifty shades. Just hope they live up to the characters

Agh they announced the actors or fifty shades of grey. All wrong- they're all wrong. Terrible. Not excited to see the movie anymore.

Why is a decent actor like Charlie Hunnam getting involved in the pish that is Fifty Shades of Grey. I despair!