After her trippy music video for "We Can't Stop" and her now infamous VMA performance, what else can we expect from Miley Cyrus?

Miley goes 100% naked in the just-released video for "Wrecking Ball," which finds her straddling a giant wrecking ball in the buff.

She's also seen bashing in walls with a sledge hammer while wearing nothing more than white underwear and a tank top.

The video was directed by photographer Terry Richardson, who is known for his provocative celebrity shoots -- including a few risque ones of Miley herself.

We gotta hand it to Terry, Miley looks great in the video, especially in the closeups. And while her tongue makes a mandatory appearance, there's no sign of twerking -- a step in the right direction.

The cut is the second single from her upcoming album, "Bangerz," which is set for an October 8 release.

What do you think of this latest clip? Sound off below! 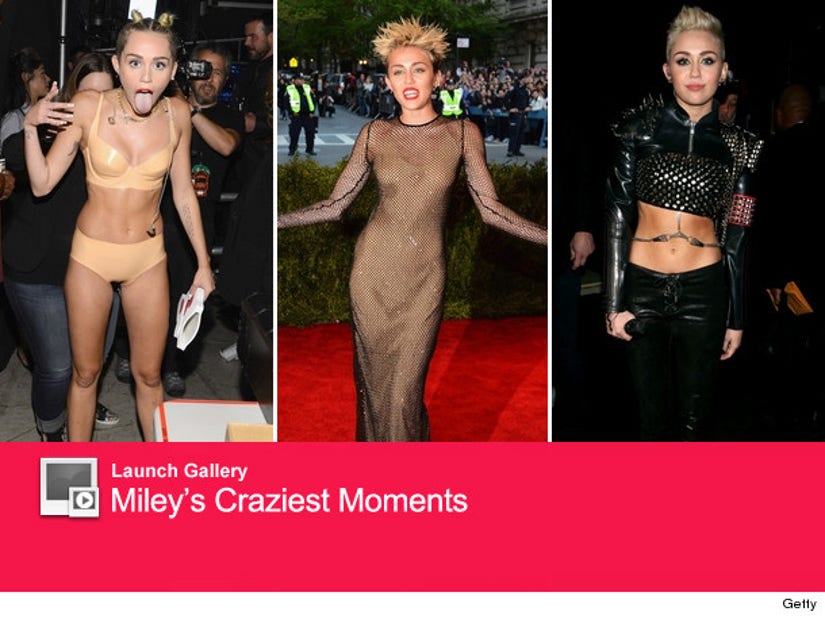