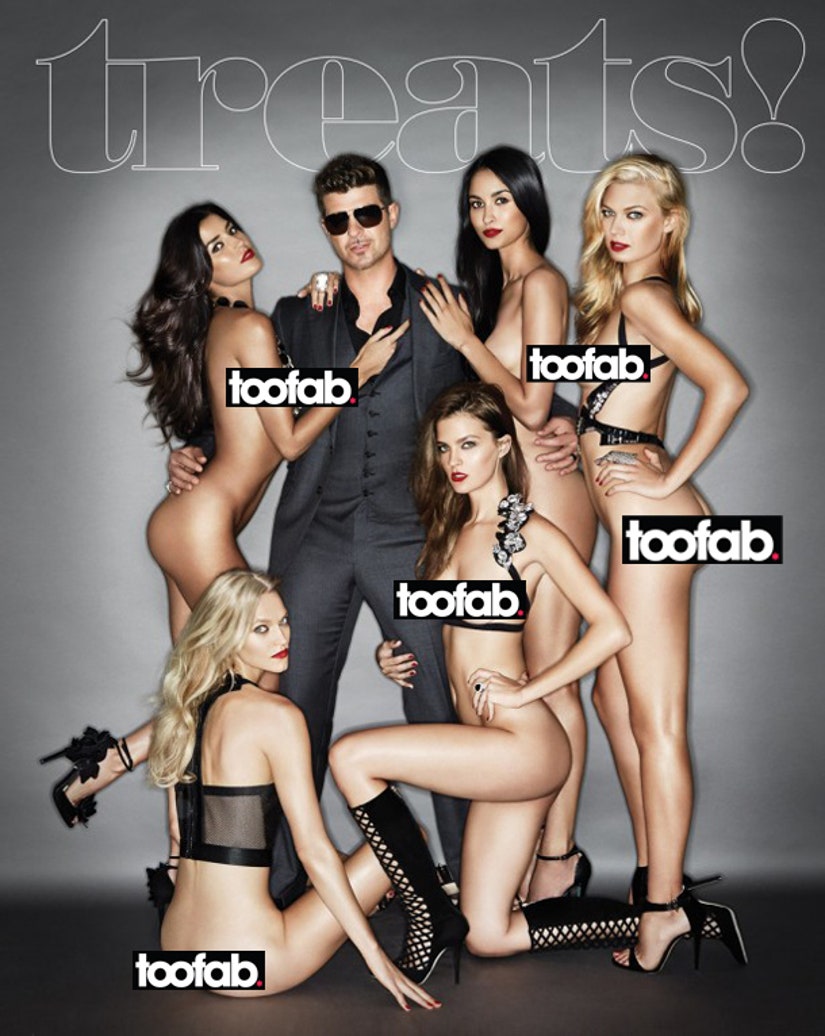 Stop us if you've heard this before: Robin Thicke has got his hands all over a woman who isn't his wife.

The singer is once again surrounded by naked ladies, this time for something called Treats! magazine. Warning: Link NSFW.

But before everyone gets up in arms and starts yelling "What about his wife?!", worry not -- she's O.K. with it.

According to the singer, who made headlines when Miley Cyrus groped him during the VMAs, Paula Patton and her friends actually suggested the models take it all off.

"It was very sexy and I like that," Thicke tells the mag (via USA Today). "At first I thought, 'OK, let's just do topless'...but, again, my wife and her friends were like, 'No way...go all the way.' I think we definitely pushed the envelope."

And it was this photo shoot that inspired the singer's equally-provocative "Blurred Lines" video.

"When I was talking to my wife and her friends about the video they said, 'Do something like Treats! because you love it so much,'" he says. "I wanted to give homage where homage was due."

"All three guys in the video are married and have children, it was all tongue-in-cheek," he adds. "We wanted to put everything in that was taboo. Bestiality, drug injections, etc. In fact, after the video was banned on YouTube, my wife tweeted, 'Violence is ugly. Nudity is beautiful.' We wanted it to be as silly and fun as possible."

And while Robin may be all over other women for work, he also can't get enough of his wife -- check out the gallery below to see how much PDA they share on the red carpet on a regular basis! 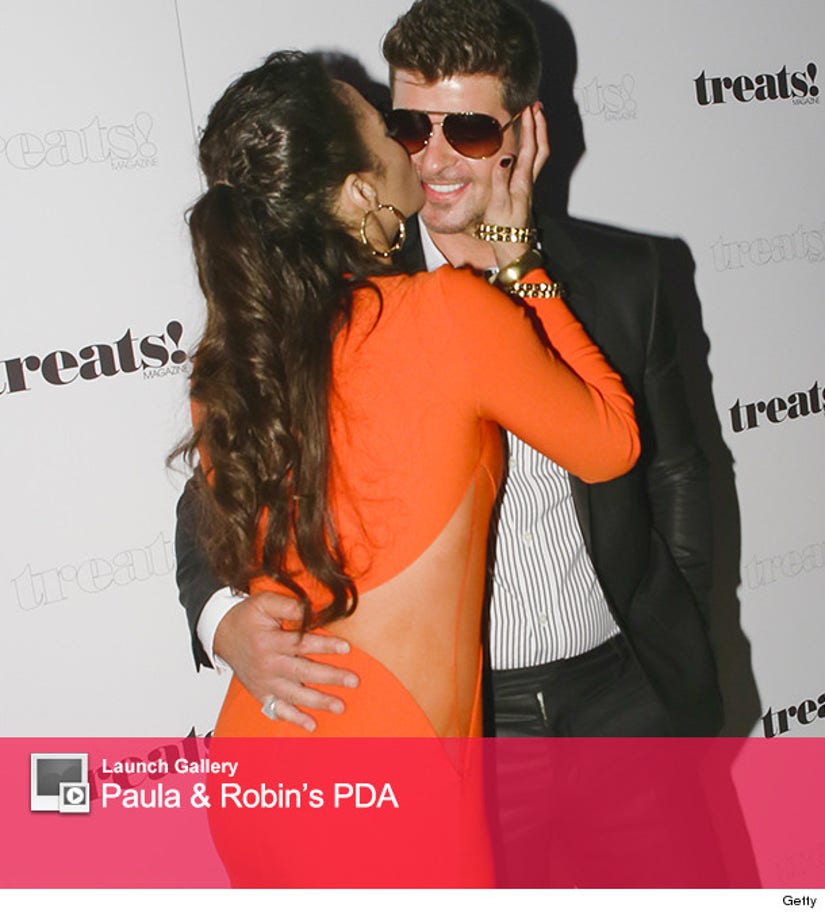