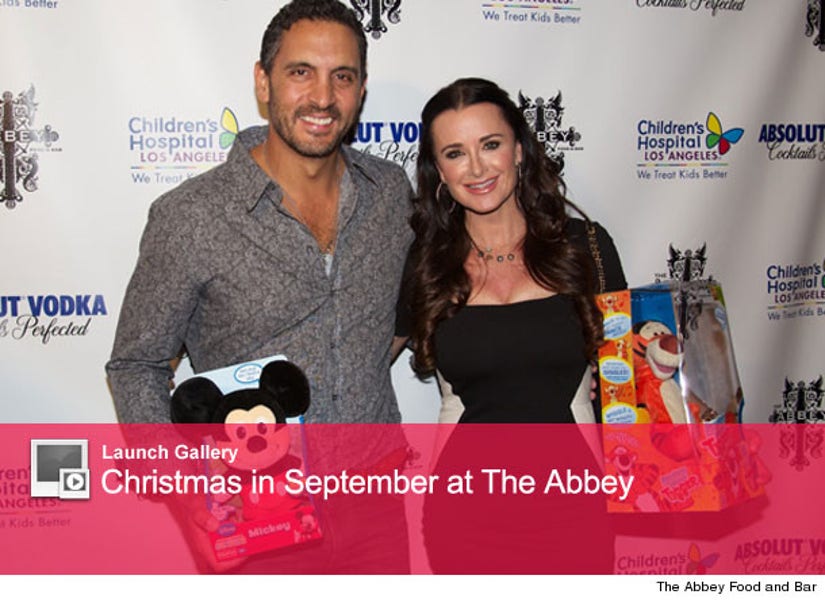 The West Hollywood hot spot was transformed into winter wonderland complete with go-go dancing elves, holiday lights, Christmas trees and even snow (in the form of bubbles). Guests, including Lance Bass and David Furnish, brought toys to donate to kids at Children's Hospital.

"My husband was sick as a child," Kyle told toofab's Lawrence Yee. "To see these children suffering and what their families go through is unbelievable. To think you can put a smile on a child's face by bringing them a toy during the holidays -- I can't think of anything better."

Kyle, her husband Mauricio Umansky, and their four daughters have also gone through a tough time lately, with allegations of Mauricio's infidelity brought up in the upcoming season of "The Real Housewives" -- allegations they say are lies.

Kyle revealed to us exclusively that the allegations were "devastating" and that she felt guilty dragging her husband into the drama. She also talked about raising a family on camera and why her daughters won't have the same notoriety as the Kardashians or Jenners. Watch:

Mauricio echoed his wife's sentiments, dismissing the drama as "part of the game."

Be sure to tune into "The Real Housewives of Beverly Hills" premiere November 4th on Bravo to see all the drama unfold. And to make a contribution to Children's Hospital Los Angeles, click here.