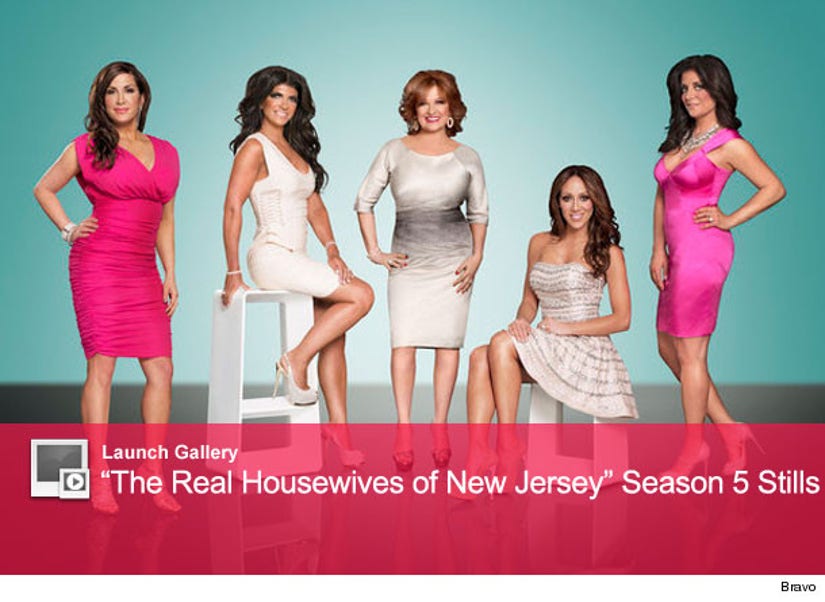 After five seasons on "The Real Housewives of New Jersey," original cast member Caroline Manzo (center) is leaving the show, Us Weekly reports.

The fiery redhead, 52, was considered the matriarch of the show, dispensing advice to her castmates as well her children: Albie, Christopher and Lauren.

Caroline butted heads with Teresa Giudice in Season 4, resulting in an epic blow-up during the reunion special:

Surprisingly, the two mended their relationship in Season 5, with Teresa even asking for Caroline to help her mend her relationship with her brother Joe Gorga.

With Teresa and her husband Joe Giudice facing jail time over fraud charges, the entire future of the series is up in the air.

And while Caroline's no longer on "RHONJ," she's not leaving Bravo entirely. Network exec Andy Cohen confirmed that she's shooting a pilot for "Manzo'd With Children," focusing on Caroline, her husband Albert Manzo, and their three kids.

Jersey isn't the only "Real Housewives" franchise getting shaken up. Earlier this week, toofab reported that Alexis Bellino and Gretchen Rossi were fired from "The Real Housewives of Orange County."

Will you miss Caroline on "The Real Housewives of New Jersey"? Tell toofab in the comments below.