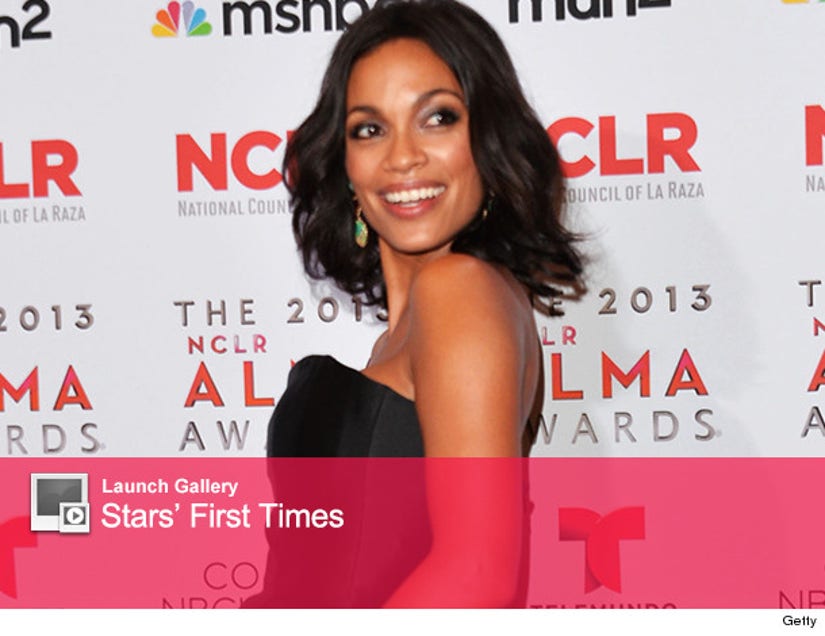 Rosario Dawson played a wild teenager in her debut movie, "Kids," when she was just 15 -- but in real life, she wasn't quite so crazy.

The actress, now 34, opened up about losing her virginity during an interview with HuffPost Live while talking about the controversial flick.

"With all the insanity that my character goes through, the only thing they [her parents] cared about was not smoking," Rosario revealed about filming the movie back in 1995.

And some of that "insanity" included her character having unprotected sex numerous times at an early age.

"I didn't even have sex until I was 20," Dawson says about losing her real life V-card. "So nothing about this character am I attached to whatsoever."

Why'd she wait? It's actually a pretty good reason.

See how old stars like Kim Kardashian, Angelina Jolie, Johnny Depp and more were for their first times in the gallery above.