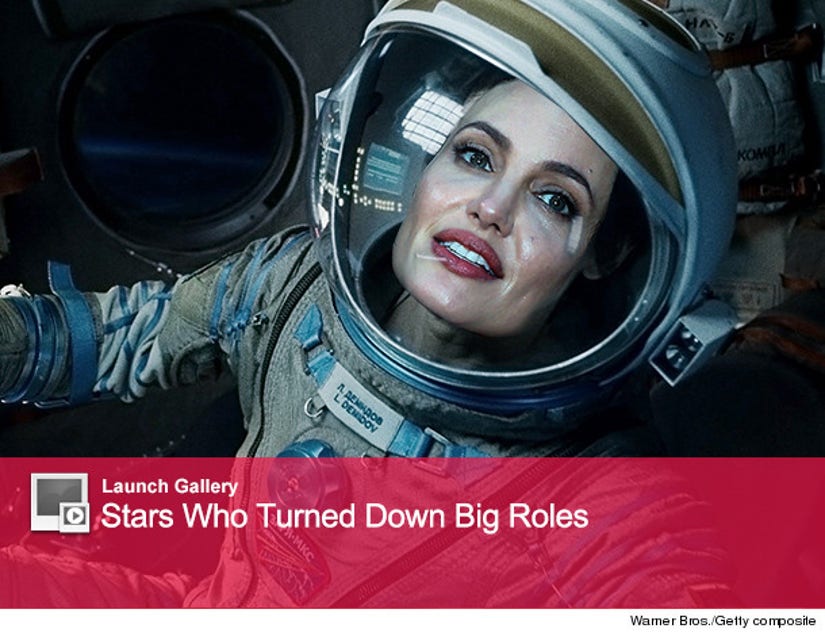 Sandra Bullock is getting rave reviews for her performance in the new film "Gravity," out in theaters today.

And while Sandra is A-list, an arguably bigger star turned down the role of Dr. Ryan Stone -- Angelina Jolie. Angie reportedly said no because Warner Bros. didn't want to cough up a $20 million paycheck, and she wanted to work on her own film "In The Land of Blood and Honey."

A slew of other names were later attached, including Oscar-winners Marion Cotillard and Natalie Portman (as well as non-Oscar winner Blake Lively, but she eventually landed "Green Lantern"). The studio finally settled upon Sandra Bullock, and frankly, we can't imagine any other actress in the role -- she's that compelling.

Even George Clooney wasn't the first pick for the male lead. Robert Downey Jr. was in talks to play charming astronaut Matt Kowalski.

It's not the first -- and last time -- an A-lister turned down a big role. Find out who passed over the chance to play Black Widow in the biggest blockbuster of all-time, "The Avengers." And you won't believe who was the first choice to play Cher in "Clueless."