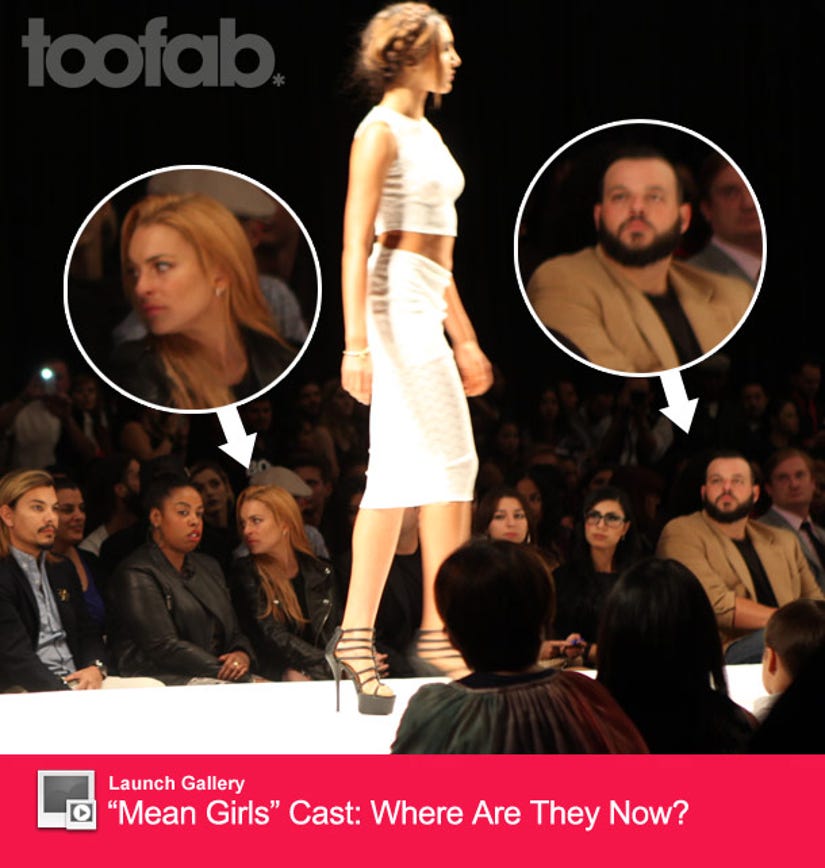 Lindsay Lohan had a surprise run-in with a face from her past last night: One of her "Mean Girls" costars!

But it wasn't just the clothes on the runway that caught her eye!

toofab's Anna Kachikyan was there as Lindsay reunited with her 2004 costar, Daniel Franzese, who played Damian in the classic flick.

The two were seen catching up and exchanging phone numbers at the show, where they were coincidentally seated just four people apart from each other.

With the 10 year anniversary of the movie coming up next year, we'd love to see Cady Heron, Regina George, Gretchen Wieners, Karen, Damien and Janis Ian at their high school reunion ... wouldn't you?

Come on Hollywood, make this happen!

Check out the gallery above to find out what the rest of the cast has been up to lately, plus see how much they've changed since 2004!