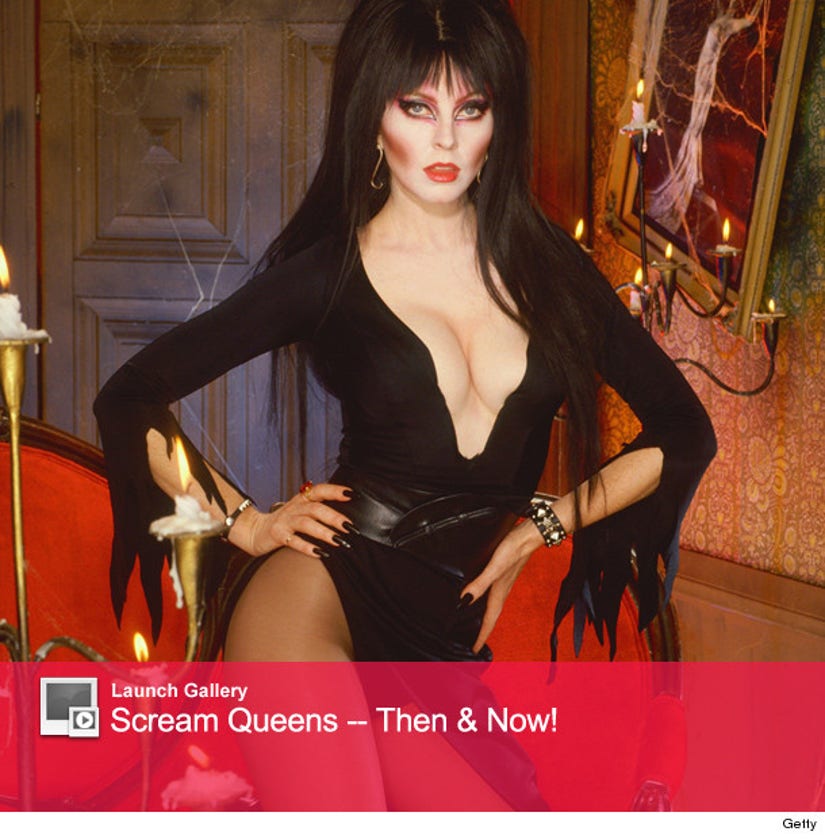 25 years ago this month, a little movie called "Elvira, Mistress of the Dark" hit theaters.

With witchcraft, a character named Chastity Pariah and a ton of the titular star's killer cleavage, it's no surprise the flick went on to become a cult classic

toofab's Brian Particelli sat down with Elvira herself on the stage of her new "Sinema Seance" show at Knott's Scary Farm's Halloween Haunt -- where the 62-year-old (yes, she still looks that good at 62!) opened up about the film's legacy, her canine costar Gonk and reveals if she'd ever make another sequel.

You hear that fans? She's game for another flick, but would probably go the Kickstarter route to get it made, a la "Veronica Mars."

Would you donate is see the Mistress of the Dark on the big screen again?

Be sure to check back next week for an exclusive look at her Knott's Scary Farm Show -- plus, find out Elvira's picks for Halloween horror movies and see how she keeps her girls in place.