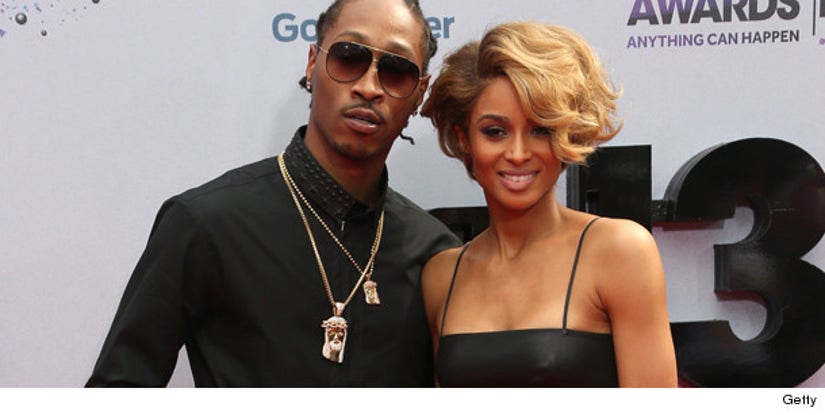 Ciara's future is bright! The brunette beauty and her beau of one year, rapper/producer Future, are engaged to be married.

According to the couple's publicist, Chris Chambers, Future suprised Ciara with a new sparkler over the weekend, during her 28th birthday celebration in New York City. "The ring, which doubled as a special birthday gift, is a beautiful 15-carat emerald cut diamond designed by Avianne & Co," Chambers said.

The "Body Party" singer took to Twitter to share her excitement with her fans. "Today Has 2 Be Like One Of The Sweetest Days Of My Life! #TheBestBirthdayEver," Ciara tweeted on Sunday. "If I'm Dreaming I Don't Want To Wake Up...Aaaaaahhh!!!:)"

This will be the first marriage for both Ciara and Future. The cute couple confirmed their courtship in January. No wedding date has been set.

Future, who is currently on tour with Drake, will release his sophomore album on Nov. 26. Ciara collaborated with her fiancé on her self-titled fifth studio album, released in July 2013. She just released her latest single, "Overdose."