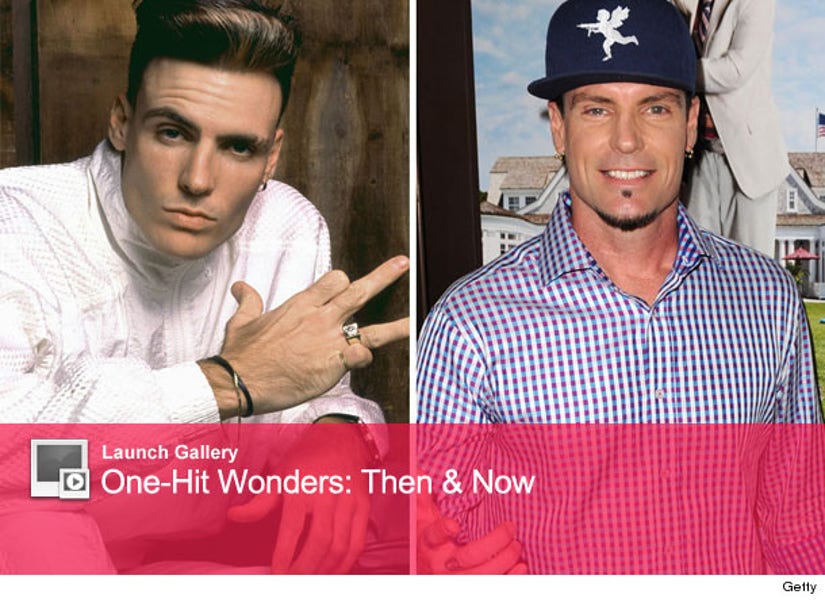 During his rise to fame in the early 1990s, Ice became the first white rapper to top the pop singles chart with his huge hit, "Ice Ice Baby." After his musical fame began to fade, he switched gears and began appearing in reality TV shows.

"The Vanilla Ice Project" premiered on DIY Network back in 2009. The series followed the Miami-born emcee and his crew of contractors as they renovated a house in Palm Beach, Florida.

In his latest DIY Network adventure, the rapper-turned-home renovator swaps his celebrity for total simplicity in “Vanilla Ice Goes Amish,” where he tries to survive without mirrors, zippers or electricity in the ultra-religious Ohio countryside. Don't worry, Ice didn't leave his musical roots behind. The best part is clearly the theme song, an Amish rendition of "Ice, Ice Baby."

We can't wait to see what Ice does next! Click "Launch Gallery" above to see what other one-hit wonders like Sir Mix A Lot and Coolio look like today!