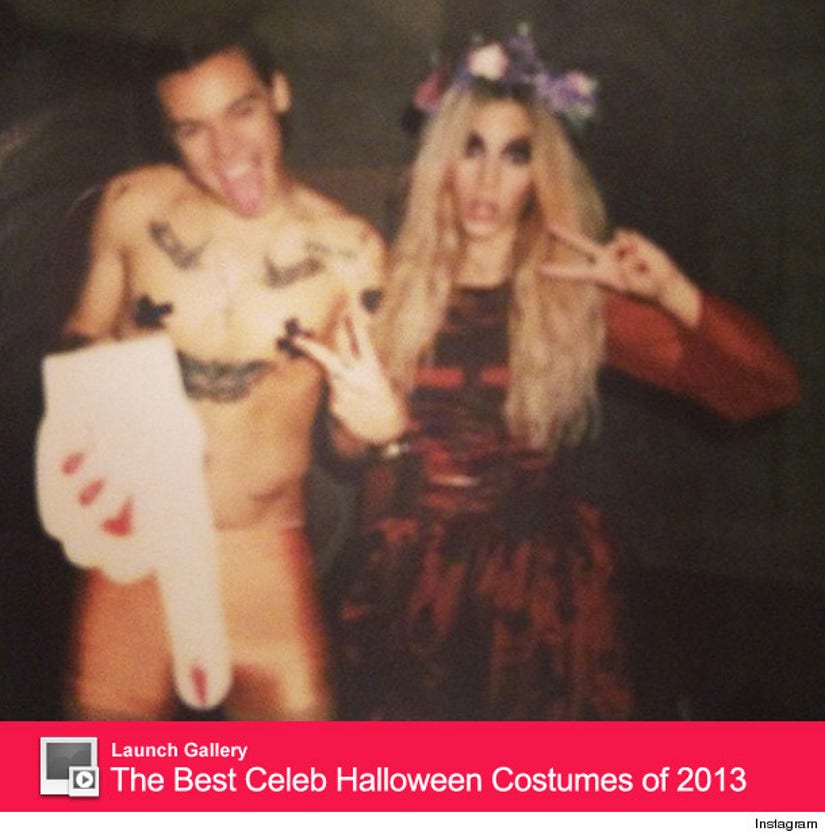 Just when you thought you'd seen every Miley Cyrus Halloween costume around, we found one more -- and it's from a very unlikely star.

This time, following in the footsteps of Paris Hilton, Joan Rivers, Crystal Hefner, Lara Spencer and Jenny McCarthy, the culprit was a guy!

Harry Styles from One Direction was photographed in his own version of the costume -- which consisted of nude boxer-briefs, tape over his nipples, a giant foam finger and his tongue sticking out just like the singer herself. He also had his hair done up in top-knots.

The band's hairstylist Lou Teasedale shared the somewhat blurry shot on Sunday, making them a little late to the Halloween game ... but it's an enjoyable shot nonetheless!

How do you think Harry stacks up to all the other Miley impersonators? He's one of the few stars who probably has just as many tattoos as she does!

Check out more celebrity Halloween pics in the gallery above!