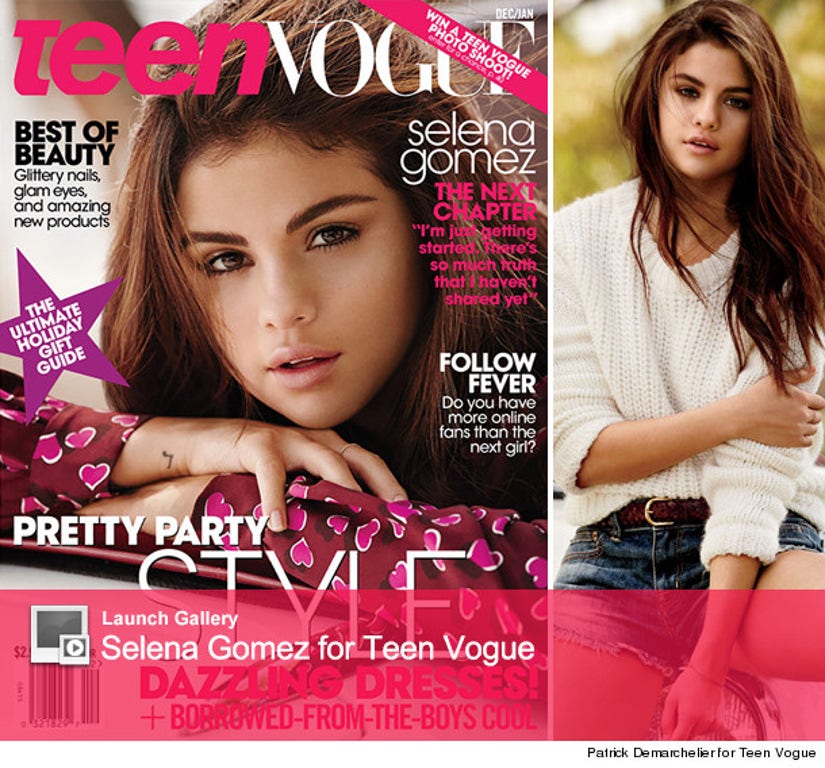 Even though Selena Gomez is enticing fans to "Come & Get It" in her hit single, the pop starlet reveals that she's really a good girl at heart!

In the December 2013/January 2014 issue of "Teen Vogue," the 21-year-old opens up about being a hopeless romantic.

"You fall in love and it completely consumes you," Gomez told the mag (via The New York Daily News). "So a part of you is broken when that's gone. And part of you wants to have that rebellious feeling where you're just like, forget it—I can do anything I want. I've tried it, and I've never been that girl. I'm always going to be the girl you want to take home to your parents, not for the night."

While Selena doesn't mention former flame Justin Bieber, we can only assume she's talking about her very public romance with the pop star. So, is she ready to find love again?

"I like to say I have a good sense of judgment, but I know that not everybody does," the "Spring Breakers" star explains. "The older I've gotten, the more I've learned that I have to open myself up to all opportunities. Maybe I'll get burned and not meet the right people, but I won't know until I do it."

The brunette beauty may be uncertain about her romantic future, but she knows that BFF Taylor Swift will be by her side, offering her advice along the way. "The difference between Taylor and me is she was sixteen with the confidence of a 25-year-old. Actually, I should say 80-year-old, because she's such an old soul. I was not that way. I was very sheltered until about eighteen or nineteen. I still live at home, and I'm 21! She does inspire me like crazy, but I wouldn't change my path, because it allowed me to figure out all that stuff and do it on my own."

To read Selena's full interview with "Teen Vogue," pick up the issue on stands November 19th. Click "Launch Gallery" above to get a behind-the-scenes look at her cover shoot!