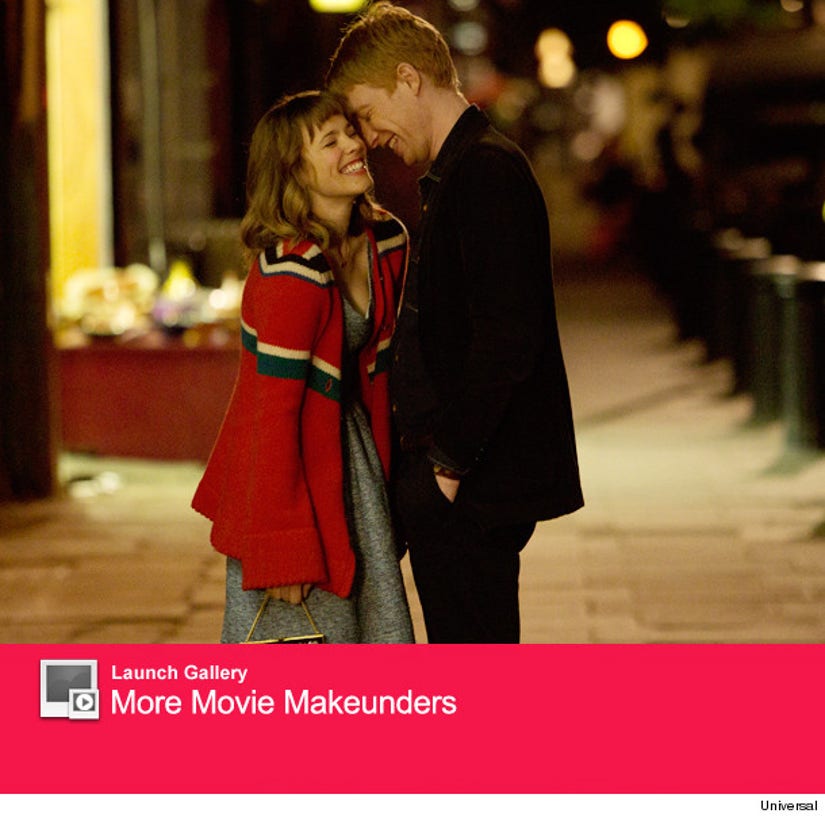 Rachel McAdams has a problem: She's too pretty.

In the new time-traveling flick "About Time," McAdams had to ugly up her look, sporting unflattering bangs and loose-fitting clothing. toofab recently sat down with the actress and the film's director, Richard Curtis, where they opened up about her movie makeunder.

"I think the moment I saw Rachel, my initial reaction was 'You're too pretty, we're gonna have to f**k around,'" Curtis tells toofab. "She wears this clumping cardigan and I was not convinced by that at all."

The two wanted to dull McAdams down a bit to make her more relatable.

"I think the pressure of trying to normalize her came from Rachel, you were very keen that she not be a movie heroine in that movie heroine way," Curtis continues. "We should try and make her as normal a girl as possible."

The film tells the story of a young man who finds out he has the power to go back in time, to make changes or to relive a favorite moment in the past.

So, what would McAdams want to re-do? She had a very specific memory with her brother and sister from her childhood that stuck out.

"When my dad had to go to work sometimes, we recorded on our little Fisher-Price recorder a tape for him to put in his truck when he was driving," explains the 34-year-old. "They had big spaces between their teeth and I'll never forget them singing 'Thundercaths.'

And is there anything she'd never like to experience again?

"I wouldn't go back and paraglide," she says. "I was thinking about that the other day. Those mistakes you wouldn't make again. No, I really wouldn't do that again. That was terrifying."

See Rachel (and those bangs!) in action when "About Time" hits theaters Friday.