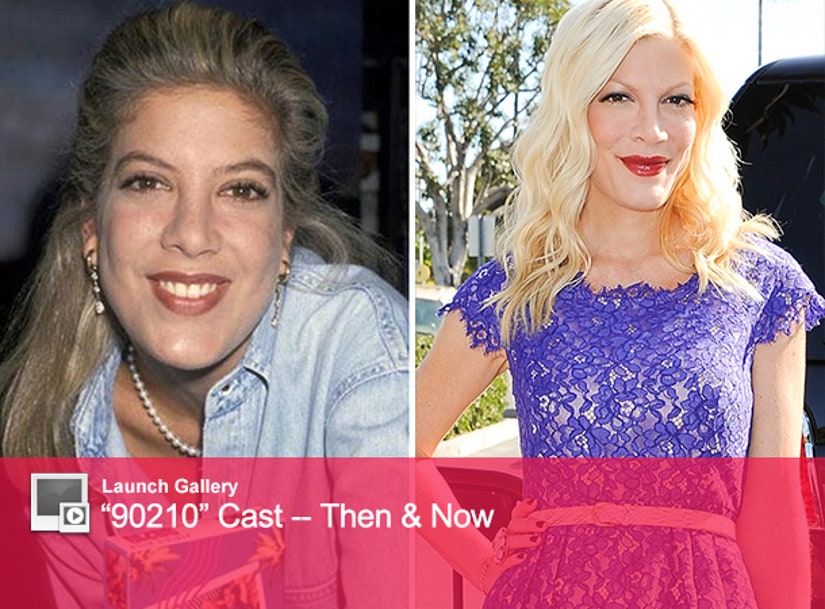 Tori Spelling may be considered Hollywood royalty, but she says being Aaron Spelling's daughter wasn't always glamorous. In an upcoming episode of "Oprah: Where Are They Now," the mother-of-four reveals how she was scrutinized for her show business roots.

The "Tori & Dean: Home Sweet Hollywood" star also opens up about what her famous father might say about her mothering skills:

The actress is making the media rounds to promote her sixth book, "Spelling It Like It Is." The book has been making major headlines for its openness. Spelling talks about her health issues following her fourth pregnancy and the financial troubles her family had after their reality show was cancelled.

In a recent interview with People magazine, Spelling revealed that she is to blame for her family's money woes.

"I grew up rich beyond anyone's dreams. I never knew anything else. Even when I try to embrace a simpler lifestyle I can't seem to let go of my expensive tastes," she told the mag. "And then there's my shopping problem. I've bought ridiculous amounts of stuff for the kids, clothing, toys, crafts."

Tori seems to be taking her financial problems in stride. "We're in the entertainment business, and things change year to year," she explained. "We don't have a series on the air right now, so we have to be more restrictive of what we can spend, just like anyone who doesn't currently have a steady job."