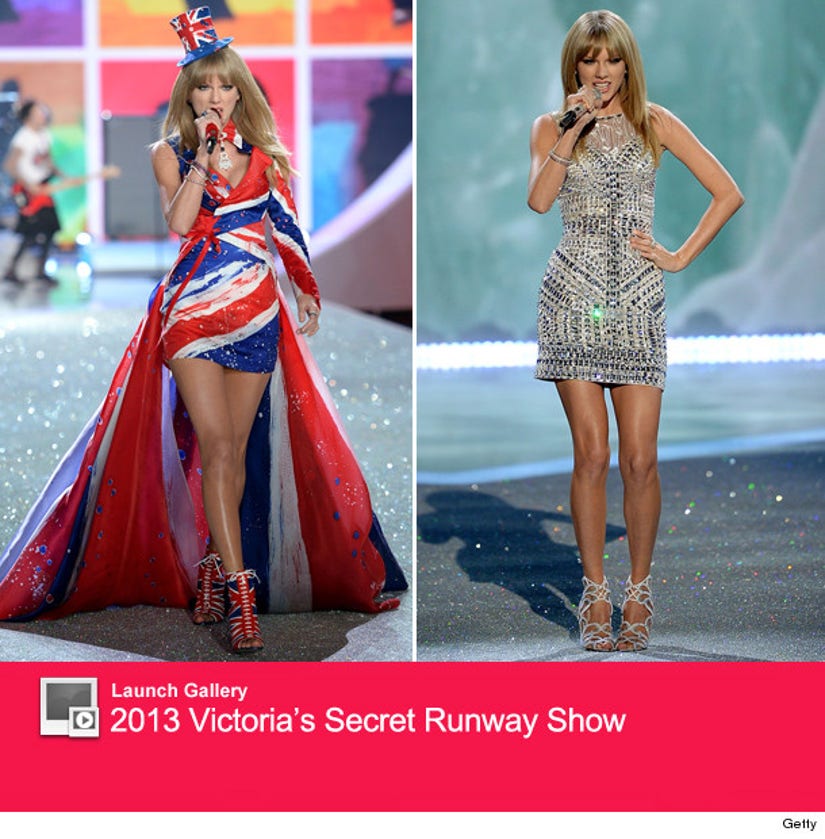 Taylor Swift is officially an angel!

The country starlet took the stage as the night's headliner on Wednesday, sharing the catwalk with the Victoria's Secret angels at the lingerie giant's annual fashion show.

The blonde beauty looked fierce in her first outfit, rocking out in a Union Jack-themed mini dress with matching train and fascinator hat! 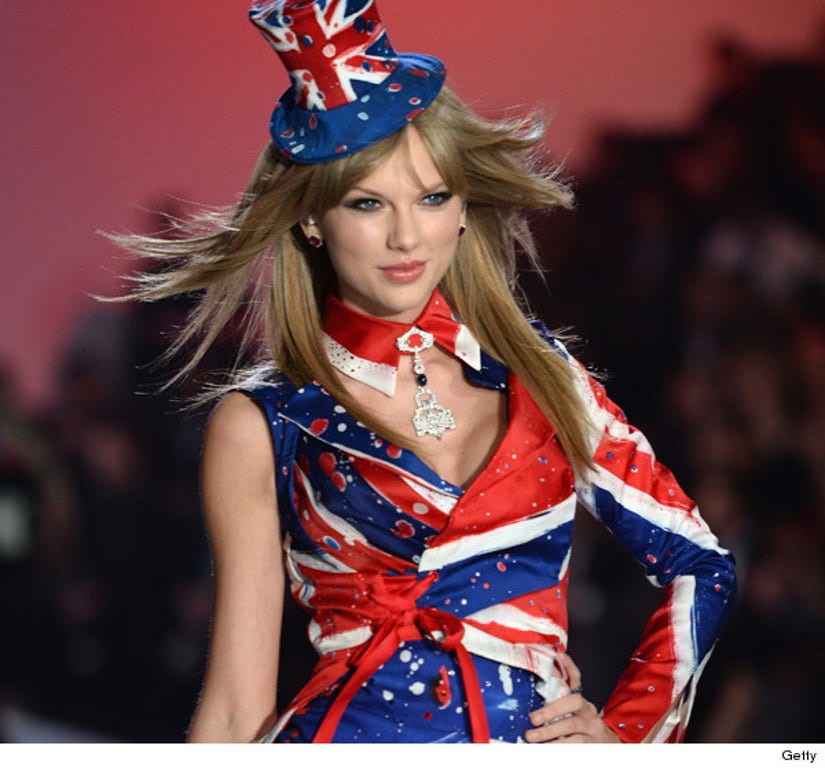 With her long legs on display (and even some cleavage), it may not compare to lingerie the nearly-nude models were wearing ... but this is how Taylor does sexy.

She later dazzled the crowd in a silver sparkling dress and strappy sandals.

Fall Out Boy, Neon Jungle and A Great Big World also hit the stage with the angels.

The Victoria's Secret Fashion Show airs Dec. 10 on CBS -- check out all the super sexy shots from the show above and a sneak peek of Taylor's performance during the show below!