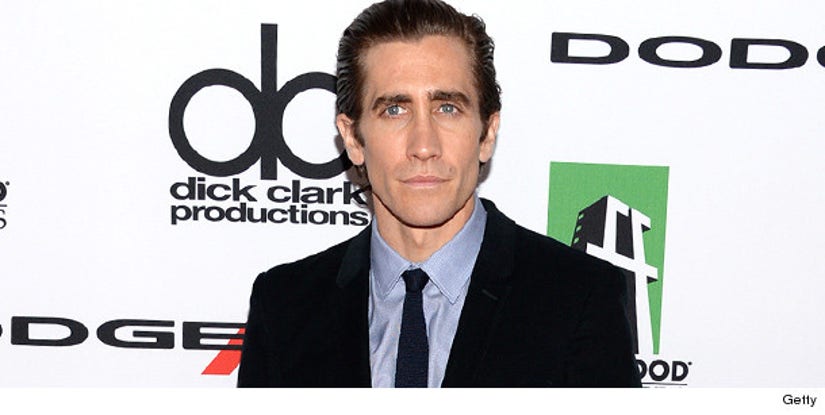 Jake Gyllenhaal was sent to the emergency room on Wednesday after punching a mirror on the set of his new movie, "Nightcrawler."

"Jake was indeed filming "Nightcrawler" when during the shooting of an intense scene, his character (purposefully) banged his hand into the mirror," his rep said in a statement. "Unfortunately, the mirror broke and Jake's hand was badly cut up. He got numerous stitches at the ER and was released. He already returned to set for work."

It's hard to ignore Jake's extreme weight loss for the film. He's reportedly dropped more than 20 pounds for the role!

Maybe the angry outburst was caused by extreme hunger? Either way, we're glad he's on the mend.

What do you think of Jake's drastic weight loss? Tell toofab in the comment section below!