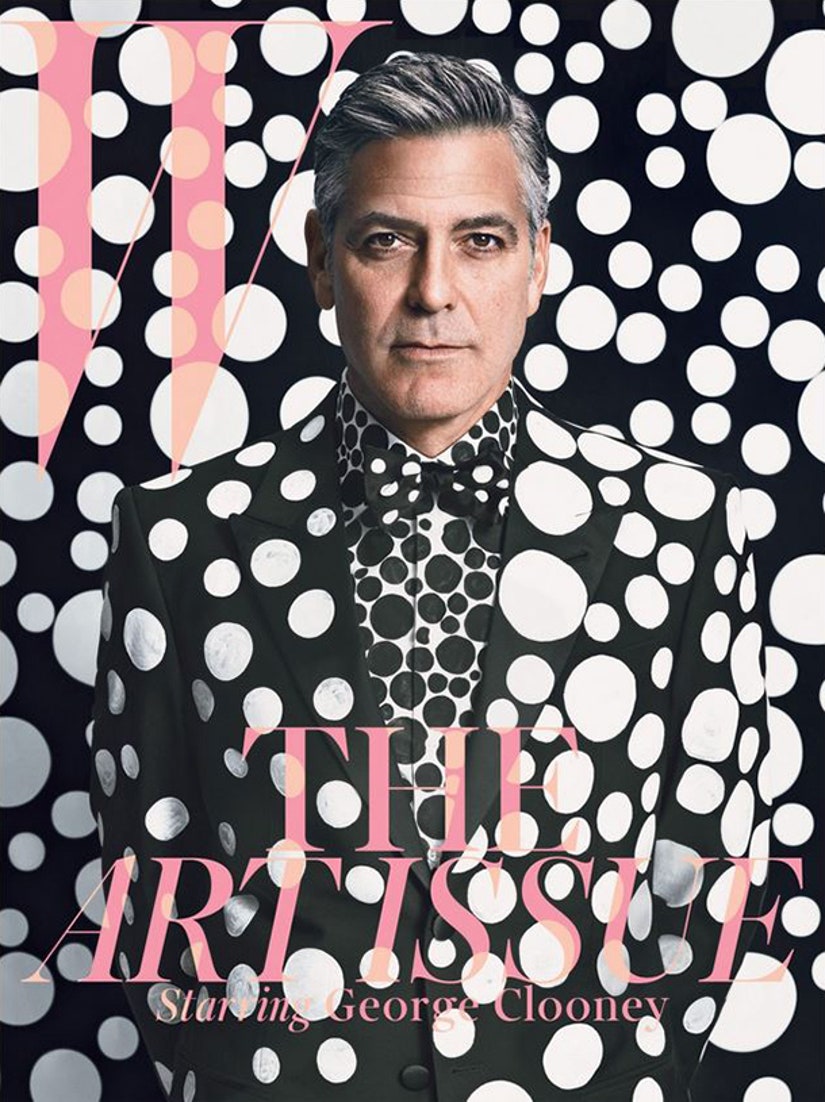 George Clooney is all polka-dotted out on the latest issue of W Magazine!

The 52 year-old movie star covers their annual Art Issue in a custom-designed installation by Japanese avant-garde artist Yayoi Kusama. But trust George to still look amazing in a Giorgio Armani suit and bow-tie with painted white dots and a white shirt with black dots, all while posing in front of a spotted background.

Inside the mag, the Oscar winner is asked who the greatest love of his life is, to which he responds: “I haven't met her yet.”

Though he was recently linked to Croatian model Monika Jakisic in October, his last serious relationship was with former WWE diva Stacy Keibler. Click the 'Launch Gallery' below to see who else the A-lister has dated. 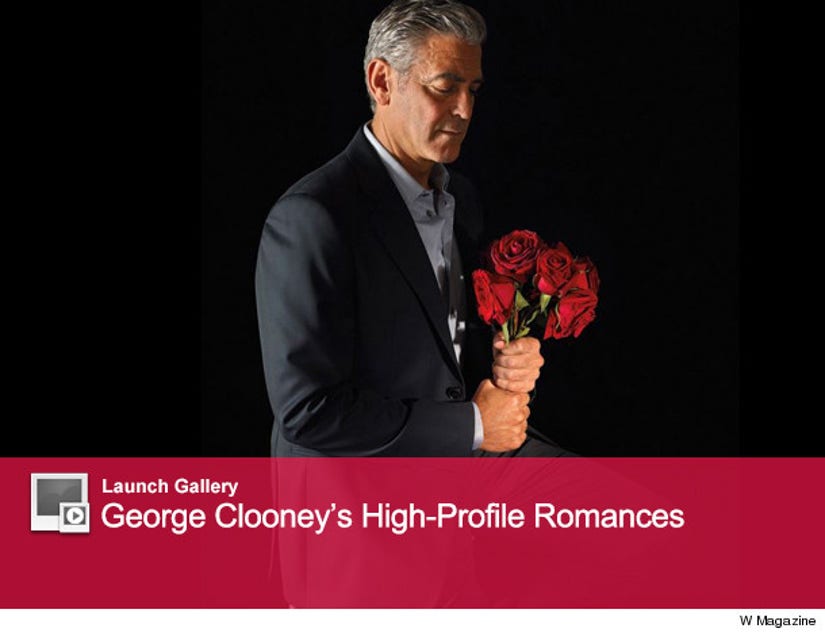 While Clooney plays coy about his love life, he didn't shy away from revealing the Hollywood legends that have inspired his ideal woman.

"When I was a kid, I was in love with Audrey Hepburn. I watched 'Roman Holiday' when I was 11, and I thought she was as elegant as anything I'd ever seen. And I fell madly in love with her. I also always loved Grace Kelly. I mean, when she comes out of the water in 'To Catch a Thief,' I thought, 'that's the most beautiful woman I've ever seen.'”

George is a fitting cover boy for W's cover, having directed, co- produced, co-written and starred in the new movie “The Monuments Men.” The film is based on the real events of a group of art historians and museum directors and curators who try to rescue stolen art from Adolf Hitler in World War II.

“The Monuments Men” opens in theaters in 2014, but if you can't wait for your Clooney fix, pick up a copy of W Magazine's Art Issue out on newsstands in LA and New York today.