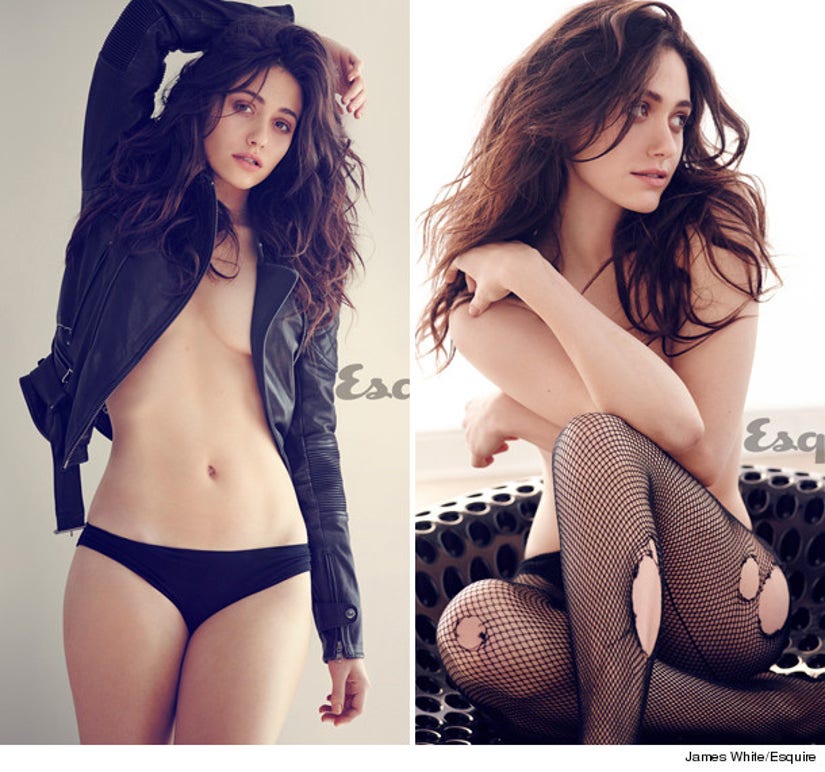 She's certainly not ashamed ﻿of her body!

"Shameless" star Emmy Rossum is showing off her hot physique in the January issue of Esquire magazine, stripping down to her skivvies and posing topless.

In one photo, the 27-year-old wears just a black leather jacket and black underwear. In another, she poses in a crop top and flashes her underwear in a pair of unbuttoned short shorts. 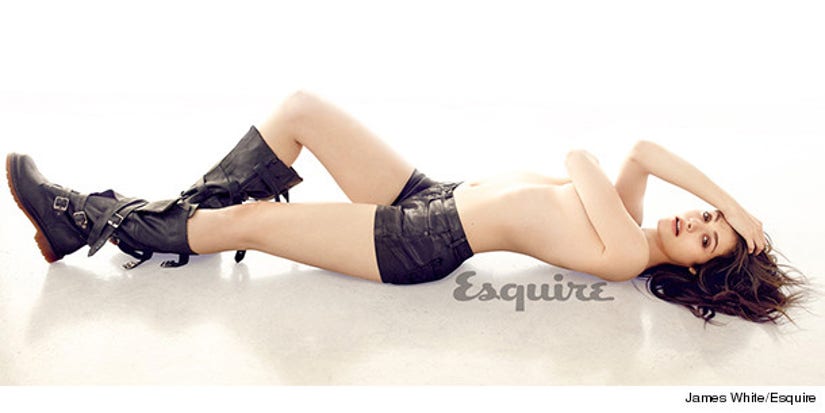 In an interview in the January issue of Company magazine, Rossum opened up about everything from her strong personality to landing her gig on "Shameless."

"I'm kind of a ball-buster," she tells the mag. "If people don't know me very well, they tend to think I'm sarcastic and cutting."

Well, her attitude seems to have translated onto the small screen. Her character on the hit Showtime series can certainly hold her own!

So, how did she prepare for the role?

"I did watch [the British version of 'Shameless'] because I kind of wanted to know the ton," Emmy explains. "But then I started watching it on mute. I didn't want to hear the delivery of dialog and I was so concerned I would just try to mimic it. I wanted that part soooo badly. [At first] I got, 'She's too polished, she's too glam. She's from New York and goes to the Met Ball. No one would believe her as Southside Chicago." 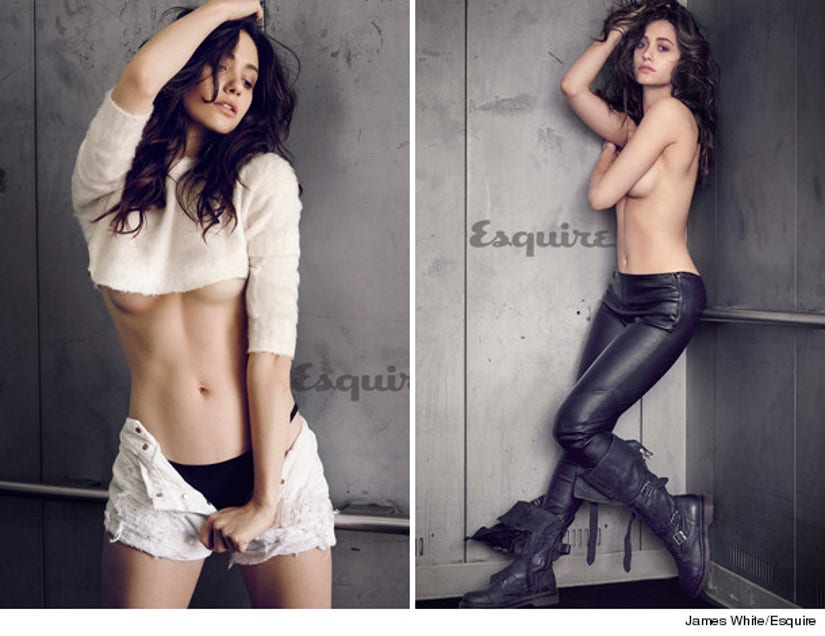 Emmy has avoided the pitfalls of working in Hollywood, crediting her parents for keeping her on the right track.

"[My mom] is very old-fashioned about ethics and drugs and alcohoI ... I would say there was a lot of openness in the house – but no drugs, no alcohol," the actress explains. "To this day, I've never done a hard drug. I've never done cocaine, I've never done heroin, I've never done Ecstasy, which is literally everywhere. It just was never interesting to me. The feeling of being out of control or doing anything that could potentially harm me was just not my cup of tea. I would literally rather run down the street naked and I've done almost that.”

We love that Emmy is taking a stand against drugs! What do you think of Emmy's candid comments? Tell toofab in the comment section below!