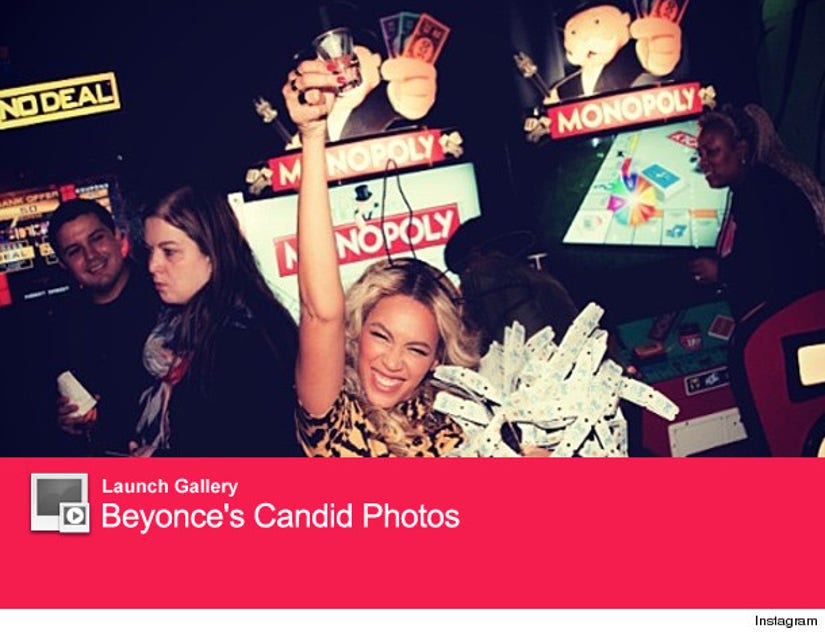 Queen B is letting loose!

Beyonce rented out Dave & Busters in Times Square last night for her album release party. She posted a flurry of snapshots from the fun night on Instagram, showing off her wild side.

In one pic, the "Love On Top" songstress is holding a shot glass in one hand and a handful of arcade game tickets in the other.

A Beyonce superfan even posted a video on Vine of the singer taking a celebratory shot! (Apparently, the fan wanted to keep the clip to himself because he removed it from the social media site.)

It's nice to see the singer letting lose!

Drake also gave a sweet speech in honor of the superstar. Check out the Instagram video below!

Mrs. Carter has a lot to celebrate!

Her self-titled album debuted atop the Billboard 200 chart this week with 617,000 sold in the week ending Dec. 15. She also became the first woman to reach number one with five studio albums.

We are officially bowing down!