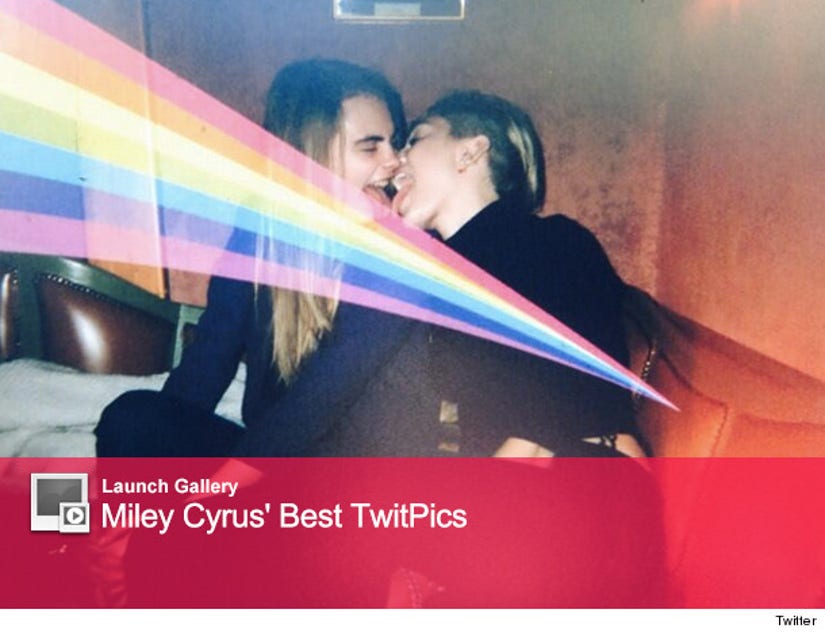 The "Adore You" singer tweeted a racy photo on Thursday, kissing Victoria's Secret Model Cara Delevinge as a rainbow beams across the screen.

"LOVE!!!! We finally got the film developed MUSH," Miley wrote along with the sexy snapshot.

Cyrus isn't just making headlines for her snapshots, she also just released a clip from her new video for "Adore You."

And while she's wearing some clothing, it's still not that much -- with the singer spending the majority of the time sensuously touching herself on a bed in nothing but sheer lingerie.

Thanks to a lot of blurring, you don't see much, but you definitely get the idea.

What do you think of Miley's candid kiss pic? Tell toofab in the comment section below.

Check out the video below, and click "Launch Gallery" above to see more of Miley's best Twitpics!