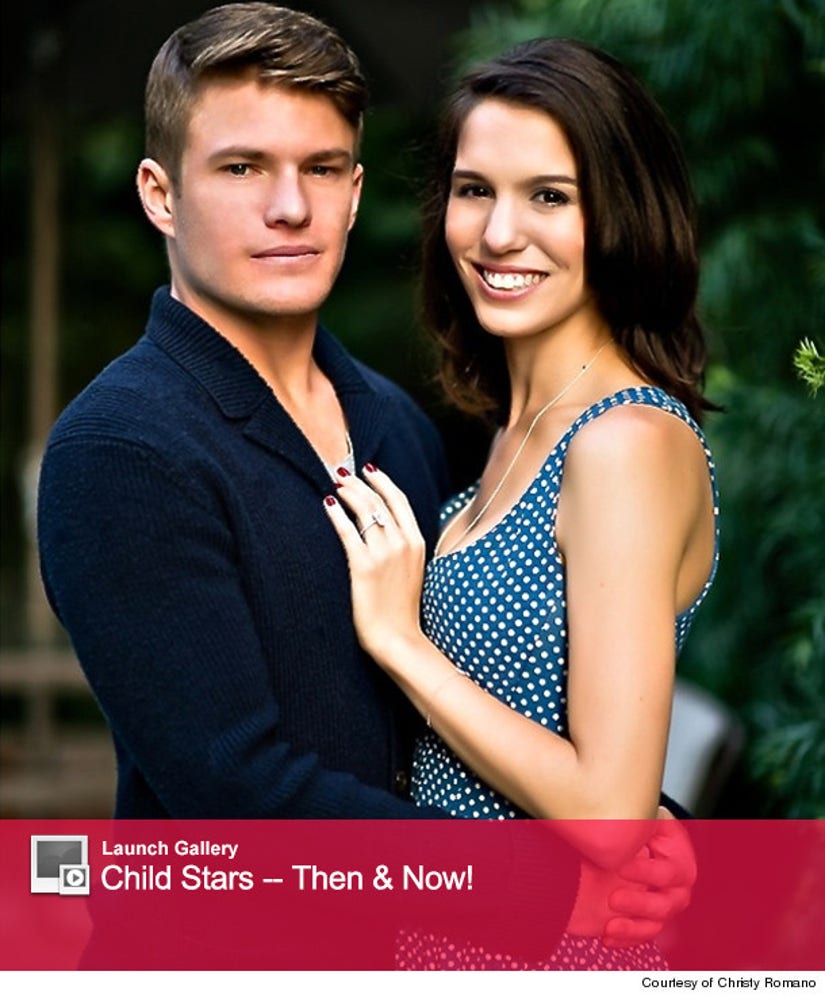 Someone's starting off the new year with a new husband!

The actress looked stunning in a Lazaro gown, and her hubby rocked a Hugo Boss tux for the romantic occasion.

The cute couple started dating in February 2011 while attending school at Columbia University. They got engaged later that year while on vacation together in Venice, Italy.

Romano is well known for her starring roles as Ren Stevens in Disney's "Even Stevens," alongside Shia LeBeouf, and for her Emmy-nominated voice work for the animated series "Kim Possible."

Click "Launch Gallery" above to see Christy and other child stars, then and now!