The Kardashians are celebrating the New Year on the slopes!

While Kim Kardashian has hosted big bashes in Las Vegas for the past three years, she took tonight off -- and will be ringing in 2014 with her family in Park City, Utah.

Kim, baby daddy Kanye West and sister Kourtney Kardashian were all spotted skiing yesterday, causing a commotion of paparazzi and fans as they glided through the snow.

Kim sported a fur vest and ski goggles for the outing while Kanye (at least we think it's Kanye) covered up entirely -- not letting anyone see even a glimpse of his skin.

Though they may not be going to any huge parties tonight, we have a feeling the entire clan won't be able to resist sharing some photos around midnight.

Check out the pics they posted during their over-the-top holiday party below: 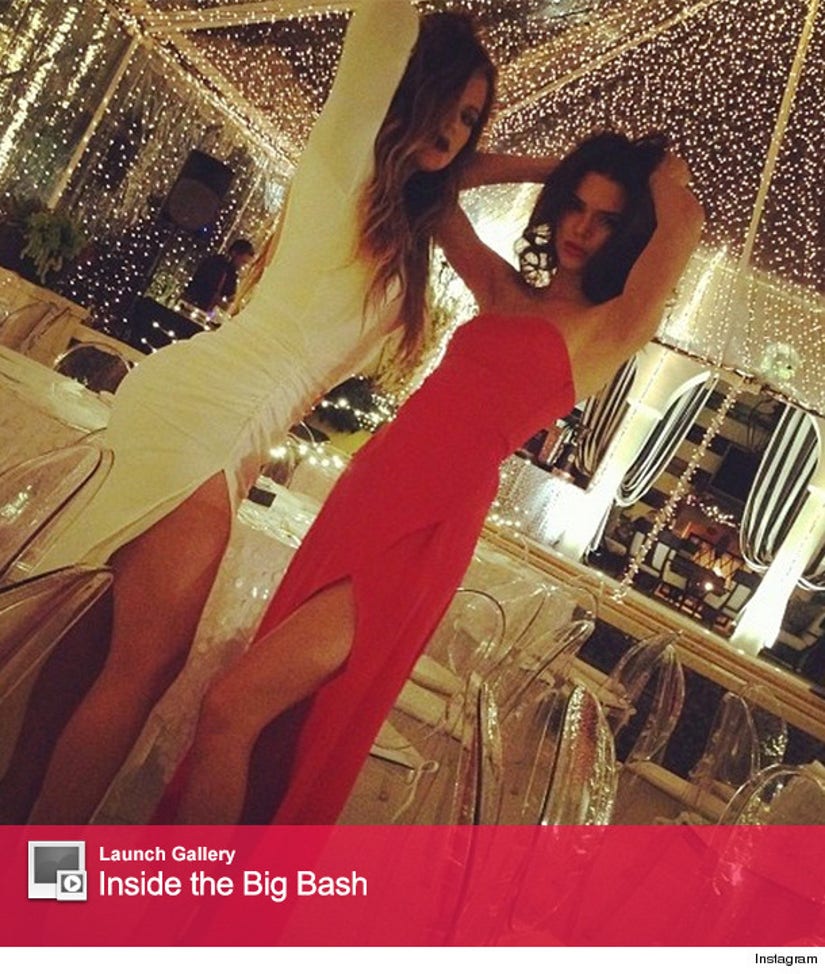